“The director wanted someone with a dark past, so he chose me” noted young actress Lina Siciliano, introducing the film Una Femmina – The Code of Silence at the Small Hall. This Italian drama by debutant Francesco Costabile, who has made short films about fashion or the famous Pier Paolo Pasolini, narrates a story about the infamous Calabrian mafia 'Ndrangheta.

In this patriarchal society in the tradition-dominated south of Italy, time seems to stand still and women and girls are unable to escape their predestination. The film, showing feminist overtones, in based on real stories of women who refused to accept this power structure. “The film is very important to me because it reveals a sensitive topic: the strength of women and what they can achieve,” Siciliano explained. 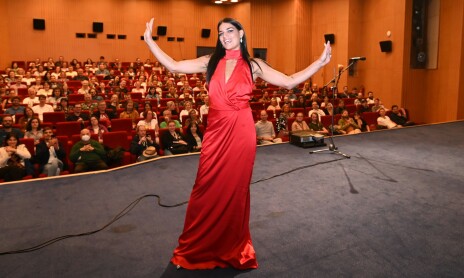