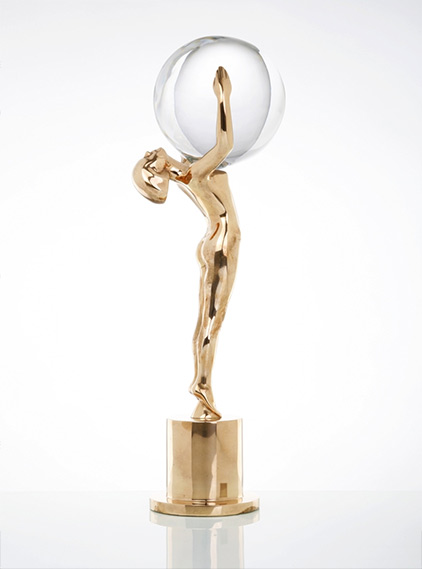 Since the 35th anniversary of the Karlovy Vary International Film Festival in the year 2000, the Crystal Globe has been a statuette of a woman raising a crystal sphere.

Awards for films in the Crystal Globe Competition

Only one of these last three awards may be conferred ex-aequo.

Awards for films in the Proxima Competition