News A female take on Mexico

The festival will present the current generation of talented Mexican female directors through nine films from the past five years. It will thus be following on from the programme focusing on women directors from Russia which enjoyed unprecedented success at KVIFF 2009.

The founding of the IMCINE film institute in 1983 was of undeniable importance to the increase of female directors in Mexico. It was this organisation which assisted the careers of the country’s most outstanding writer-directors and paved the way towards new Mexican cinema that soon began making a splash at international festivals. Alongside the legendary names of their more famous male colleagues, the new millennium saw an unprecedented number of women enter the Mexican film stage, the majority born in the early 1980s.

Young female directors, most of them university educated, captured the imagination not only of viewers, but also festival juries and consequently producers as well primarily with the courageous and spontaneous way they introduce into their films their generation’s specifically feminine take on reality, love and sex, and also issues of parenthood, the quest for the meaning of life and for their own identity. Yet they also have their own special way of looking at social problems, and of isolating aspects of reality which their male counterparts might overlook. In Victoria Franco’s first feature Through the Eyes (A los ojos, 2014), which the director made with her brother Michel, the protagonist is a social worker trying her utmost to help the human wrecks languishing amid piles of trash as the victims of alcohol and drugs. The festival will also present Franco´s short film Borde (2014). Elements of social realism will also be found in Claudia Sainte-Luce’s first film The Amazing Cat Fish (Los insólitos peces gato, 2013), whose main character is unexpectedly lifted from her tedious existence as a supermarket cashier when she meets an unusual family who take her into their fold. Humour, if rather unintentional, also underlies The Pleasure Is Mine (El placer es mío, 2015), whose author Elisa Miller is the best known Mexican female director in international circles and the only one to have won a Palme d’Or for her short movie Watching It Rain (Ver llover, 2006). The story of two people living in an unstable relationship and the rejection of the substitute father by the woman’s eight-year-old son is the subject of Semana Santa (2015), whose creator Alejandra Márquez Abella made two documentaries before shooting this feature debut. A romantic encounter fuels the second film by Katina Medina Mora You’ll Know What to Do With Me (Sabrás qué hacer conmigo, 2015), whose protagonists have to deal with health issues and whose treatment betrays the director’s experience in stage direction.

Of the work of the already well-known director Yulene Olaizola, the showcase will include her remarkable elegiac meditation on the futility of being Fogo (2012), which in 2012 was part of the Directors' Fortnight in Cannes. Melancholy tones also characterise Tatiana Huezo’s Tempestad (2016), recently screened at the Berlinale. Here, too, documentary and feature intertwine in a work that is consistent in its authentic portrayal of the lives of social outcasts. In a certain sense, the characters appearing in Betzabé García’s documentary Kings of Nowhere (Los reyes del pueblo que no existe, 2015) are also outsiders, this time set in a partially submerged village in north-western Mexico. The youngest of the Mexican female directors we are presenting was born in 1990. Their collective talent and vital creativity provide a guarantee that we’ll be seeing their new films in future years, both at the Karlovy Vary IFF and at other world festivals. 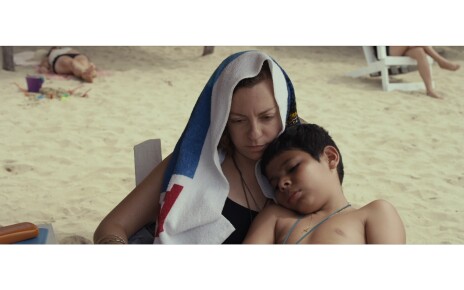