This year’s 53rd edition of the Karlovy Vary International Film Festival will honour the memory of the recently deceased Miloš Forman at its opening ceremony.

The opening film of this year’s festival will be Forman’s legendary comedy Loves of a Blonde.

The opening concert in front of the Hotel Thermal will include a block of music from the films of Miloš Forman. Audiences will hear the Czech National Symphony Orchestra led by a conductor Libor Pešek perform music from The Firemen’s Ball, Taking Off, Valmont, Amadeus and Hair. Also on the programme is music from the films of his friends and contemporaries.

Loves of a Blonde, which is a key work of the Czechoslovak New Wave, was a hit at numerous festivals in the late 1960s. Among other things, it was the opening film at a 1966 film festival in New York, and the following year it was nominated for an Oscar and a Golden Globe for Best Foreign Film.

“Miloš Forman was not only an excellent filmmaker, but also a great friend of the Karlovy Vary festival. We have decided to remember him not through laudatory speeches, but through what he symbolized – film. And although local audiences will know Loves of a Blonde from its numerous showings on television, they will surely appreciate the chance to see it on the big screen. We are also convinced that our foreign guests who do not often get the chance to see Forman’s Czech films – which significantly influenced the direction taken by Czech cinema – will welcome the screening as well,” says KVIFF’s president Jiří Bartoška

Miloš Forman’s inspiration for the story of Loves of a Blonde came from real life, as he wrote in his autobiography Turnaround. One Saturday evening in Prague, he ran into a girl with a suitcase who had arrived from Varnsdorf in search of a man with whom she had previously spent the night and who had expressed an interest in a relationship. However, he had given her a false address. Forman talked with her, then took her to the train station, and she went back to Varnsdorf – a town full of girls employed at a local textile factory but with a shortage of men.

“Her story stayed with me for some reason and it would come back to me at add times, so I kept thinking about it. I finally asked [Jaroslav] Papoušek and Ivan [Passer] if they thought there might be a screenplay there. They said that just maybe.”

The film was shot in an authentic location in Zruč nad Sázavou, which at the time was home to a shoe factory whose workers were overwhelmingly women. Many of the locals appeared in the film, and Forman showed his excellent ability to work with a combination of actors and non-actors.

“I learned that mixing professional actors and nonactors actually helped both groups, but you had to have actors who could stand up to the challenge of the unstudied, natural behavior of nonactors,” Miloš Forman said in explaining this method. For this reason, he cast Vladimír Menšík in one of the more important roles. “The cast of Loves of a Blonde was a perfect balance of actors and nonactors, and I remember those few months in Zruč in 1964 as some of my sunniest days in the movie business,” Forman later said. 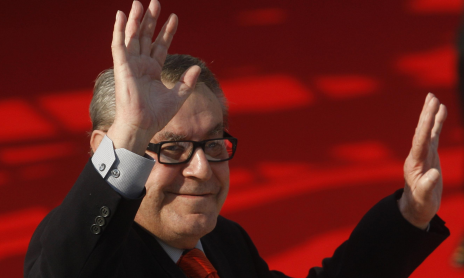