The ten world and two international premieres at this year’s festival include the latest by leading Romanian filmmaker Radu Jude "I Do Not Care If We Go Down In History As Barbarians", an original exploration of the subject of nationality and a nation coming to terms with the traumatic moments of its own past. Respected Argentinian director Ana Katz presents a mixture of subtle melancholy with light humour in her family drama Sueño Florianópolis, and we find a no less complex look at the question of male-female relationships in The Fireflies Are Gone, the story of a rebellious yet charismatic teenager directed by Canadian filmmaker Sébastien Pilote.

Domestic cinema will be represented by Olmo Omerzu’s road movie about the force of boyhood friendship Winter Flies and by debut filmmaker Adam Sedlák’s claustrophobic minimalist study of the slow decline of body and mind, Domestique. Other debuts are from the Dominican Republic and Spain (Natalia Cabral and Oriol Estrada’s nuanced story of an adolescent girl, Miriam Lies), Poland (Paweł Maślona’s dark comedy Panic Attack) and Turkey (Ömür Atay’s moving drama Brothers). The selection, which spans a wide range of styles and genres, is rounded out by talented Slovenian director Sonja Prosenc’s poetic tale of female coming-of-age History of Love. 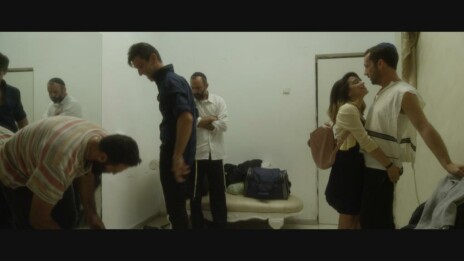