KVIFF Eastern Promises Industry Days unveils 38 selected film projects, which will be presented at Works in Progress, Docs in Progress, Works in Development - Feature Launch and Eurimages Lab Project Award. Presentations of projects to industry professionals will take place on Monday, July 2nd and Tuesday, July 3rd and the most promising projects will be supported in awards totaling 155 000 EUR.

A total of 11 projects were selected for Works in Progress from countries of Central and Eastern Europe, Balkans, former Soviet Union and newly from the Middle East. Each will premier after the Karlovy Vary IFF and are in the post-production stage. You may view these projects here. The prize will be decided by jury members Matthijs Wouter Knol, Rickard Olsson and Rossitsa Valkanova.

10 competing projects will be presented in Docs in Progress, introducing documentary films from Central and Eastern Europe and newly also from Balkans, former Soviet Union and the Middle East. They are in late production stage or in post-production. More information about these projects can be found here.  The prize will be decided by jury members Tanja Georgieva, Noemi Schory and Shane Smith.

Works in Development - Feature Launch is a new platform, which grew out of KVIFF’s collaboration with MIDPOINT international script development program, co-production market When East Meets West and Trieste Film Festival. 9 projects, developed within this Feature Launch program will be for the first time presented in Karlovy Vary and will look for co-production partners. You can view the projects here.

8 projects were selected for Eurimages Lab Project Award in production or post-production stage, each somehow breaking down the barrier of traditional filmmaking. Each competes for an award of 50.000 EUR. More information about projects is here.  The prize will be decided by jury members David Kořínek, Dorien van de Pas and Christoph Terhechte. 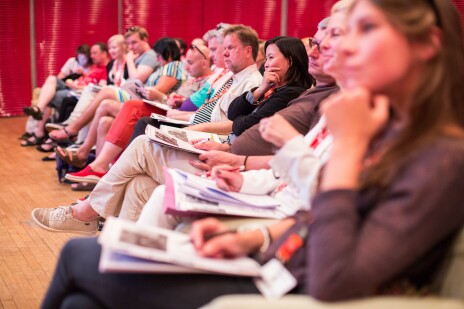