News Tim Robbins at KVIFF Talk: From cowboy to singer

The actor, filmmaker and, as of Friday, the holder of a Crystal Globe Award for Outstanding Artistic Contribution to World Cinema, then, prompted by reporter Gregory Ellwood, reminisced about his move from New York to California, where he studied directing and screenwriting (“My parents met at UCLA, in a marching band, so I had relatives there.”), and about his early days as an actor. He considers the drama Five Corners from 1987 to be his breakthrough. “It was then that I felt I could make not only a living doing it, but enjoy it, too. Until then I had considered acting in front of a camera to be a way of financing my theatre.”

During the 90-minute conversation, Robbins talked bout filming Howard the Duck and Bull Durham, his directorial debut Bob Roberts and the Oscar-winning film Dead Man Walking, which in the USA helped start a debate about abolishing the death penalty. The success of the aforementioned drama allowed him to shoot his pet project Cradle Will Rock. Despite favourable reviews and excellent cast, the film about artists during the economic crisis did not do well because of the lack of interest on the part of the new management of Disney Studios. So, do not miss the chance to see it at the City Theatre (Městské Divadlo) on Sunday, July 1st, at 9:30 p.m.

On Saturday evening at 10:30 p.m., Robbins will personally introduce his best known picture The Shawshank Redemption at the Outdoor Cinema. This film also did not do well in theatres at first. According to the actor, this was because of the name. “People couldn’t remember it. They called it Shinkshank, Shengay… I only realised that it had become something special a few years later when IMDb ranked it as the most popular film ever. It even surpassed The Godfather!” said Robbins. Today the film is known even in a remote corner of China, where the actor once shot a film.

Robbins will also make an appearance in Karlovy Vary as a musician and singer, performing with his band Tim Robbins and The Rogues Gallery Band on Wednesday. Tickets can be purchased at the Main Ticket Office at Hotel Thermal starting Sunday. 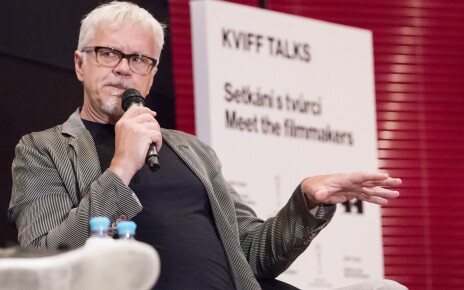