News Olmo Omerzu on his new film: Winter is part of it

Olmo Omerzu was born in Slovenia but since his studies at Prague FAMU film school, he’s firmly settled in Czech cinema. His previous works premiered at Berlin and San Sebastian festivals, while his third film, Winter Flies, will be shown for the first time tonight in Karlovy Vary.

Why flies, of all things?

No one wants them, everyone shoos them away, they are superfluous. Just like our two main child characters.

You put them in a winter setting. But we usually connect the road movie genre with summer.

The key for understanding the film is the characters’ background; what had happened before the action kicks off on the screen. Then we can question what becomes of them after the final credits. And winter is part of that. When it’s freezing outside, the car is a symbol of a warm place the children don’t have at home.

Moreover, for such young boys (12-year old Heduš and 14-year old Mára) to drive a car is all the more dangerous in the winter. What they are running away from? The joy of escape remains the same as in classic summer road movies but the viewer intuitively knows that the carelessness only covers up some kind of a problem.

What are the perks of working with child actors? And why is it so difficult to cast roles of police officers in the Czech Republic? Read the rest of Zbyněk Vlasák's interview on page 2 of Sunday's Festival Daily. 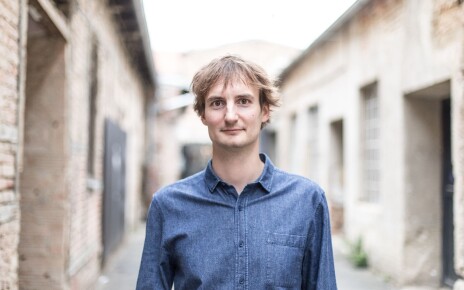