The 54th Karlovy Vary International Film Festival continues its tradition of holding premiere screenings of digitally restored classics of Czech cinema. This year the honour has fallen to a seminal work of the 1960s Czechoslovak New Wave, director Juraj Herz’s The Cremator.

This dark tale was adapted from the eponymous Gothic novel by author Ladislav Fuks, which describes the transformation of an ordinary man into a psychopathic killer. Karel Kopfrkingl works at a crematorium and otherwise leads a happy and peaceful life with his wife and children. The constant presence of death so consumes him, however, that he lets himself be influenced by the growing Nazi propaganda, which claims that racial impurity has no right to exist. Kopfrkingl becomes an active member of the Nazi Party, participates in anti-Jewish activities, and is ready and willing to liquidate his own family in the name of ideology. His slow shift from peace-loving man into human beast reveals how easily ideology can bring out a person’s dark side.

​The Cremator is one of director Juraj Herz’s most distinctive films and it provided actors with a unique opportunity to shine. Rudolf Hrušínský appears as the title character, and Vlasta Chramostová portrays Kopfrkingl’s wife in one of her last roles before her open political views landed her on the communist regime’s blacklist. A similar fate befell her husband, cinematographer Stanislav Milota, who gave the black-and-white film its original visual style. The film, too, had a turbulent history: After premiering in 1969 the regime tried to keep it from being seen by broader audiences; it was gradually removed from domestic distribution and not shown in cinemas again until 1990.

The Karlovy Vary festival will present a renewed international premiere of the digitally restored version of The Cremator in honour of its recently-deceased creators Juraj Herz (1934-2018) and Stanislav Milota (1933-2019). The National Film Archive will then return the picture to cinemas precisely fifty years after its creation.

The movie’s digital restoration, made possible thanks to a gifts from Mr. and Mrs. Kučera, was realized by the Karlovy Vary IFF, UPP and Soundsquare in collaboration with the National Film Archive and the State Film Fund.

This year two more films will be restored thanks to generous gifts from Mr. and Mrs. Kučera – Miloš Forman’s Loves of a Blonde and Gustav Machatý’s Ecstasy, both of which will hit the big screen over the course of 2019. 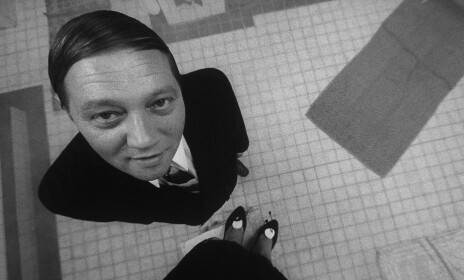