Also making a repeat appearance in Karlovy Vary is the Philippines’ Dwein Baltazar with her subtle drama Ode to Nothing. One of the most distinctive Spanish filmmakers of his generation, Jonás Trueba combines lightness and charm with intense existential emotions in the conversation piece August Virgin. Meanwhile, American director Martha Stephens takes us back to the 1960s in her charismatic black-and-white drama To the Stars, with Kara Hayward in the lead.

Eastern and southeastern Europe are represented by a trio of new films by recognized filmmakers. Damjan Kozole (Best Director at the 2016 KVIFF for Nightlife) combines compassion and humor reminiscent of the central films of the Czechoslovak New Wave in Half-Sister. Famed Bulgarian directorial duo Kristina Grozeva and Petar Valchanov’s intimate family drama The Father follows on the footsteps of their award-winning The Lesson and Glory. And Czech cinema is represented by the Czech-Slovak co-production of Marko Škop’s gripping drama Let There Be Light.

Belgian debut filmmaker Tim Mielants presents a curious journey towards understanding deeper truths about oneself in the bitingly ironic yet gentle Patrick. All the way from Chile, this year’s second feature debut in main competition is Felipe Ríos’s psychological road movie The Man of the Future ​. And returning to KVIFF’s competition section three years after My Father’s Wings, is Turkey’s Kıvanç Sezer with his absurdly humorous look at life crisis in La Belle Indifference.

Films in the Official Selection - Competition 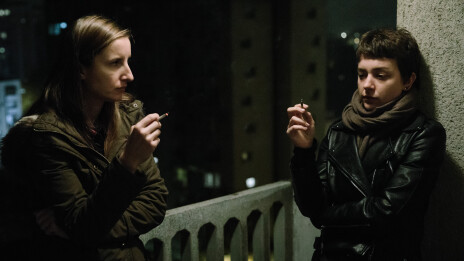