Czech screenwriter and author. He debuted as a writer of screenplays in 2013 with the three-part HBO miniseries Burning Bush (Hořící keř), directed by Agnieszka Holland, which recounts the events following student Jan Palach’s self-immolation in 1969. His second screenwriting effort came in 2016 with the original, eight-part miniseries Wasteland (Pustina) directed by Ivan Zachariáš and once again produced by HBO. In addition to screenwriting, he pursues film history and has published The Cinema of Forgetting (Kinematografie zapomnění, 2011), a work which charts the period of Normalization in Czechoslovak film from 1969 to 1989.

Palestinian writer, director, and producer. Her movies have premiered at Cannes, Berlin, Venice, and Locarno. All three of her features officially represented Palestine at the Academy Awards. Her latest film, Wajib, screened at last year’s KVIFF. She is a respected curator and mentor who actively promotes independent cinema. Founder of Philistine Films, she collaborates with fellow moviemakers as an editor and screenwriter. She is a cofounder of Dar Yusuf Nasri Jacir for Art and Research, an autonomous cultural center that fulfilled a family dream of creating a space for the arts in Bethlehem, Palestine.

Ukrainian director, scriptwriter and producer. Born in Belarus (former USSR), he studied mathematics at Kyiv Polytechnic and filmmaking at VGIK in Moscow. He is the creator of twenty award-winning documentaries, but he also makes features, all four of which were presented in the official competition program of the Cannes IFF. Last year from the same festival he took Best Director (Donbass) in the Un Certain Regard section. He continues to work both in documentaries and features.

Greek actress. The Athens native is known for Yorgos Lanthimos’s Dogtooth (2009, winner of Un Certain Regard at Cannes, Oscar nomination), Alps (2011), and The Lobster (2015). She took the lead in Syllas Tzoumerkas’s A Blast (2014) and The Miracle of the Sargasso Sea (2019), which world premiered at this year’s Berlinale before screening at Karlovy Vary. In 2004 she cofounded the blitz theatre group; to date, she has written, directed, and acted in all the troupe’s performances.

French film writer and festival organizer. He has been the artistic director of Critic’s Week at the Cannes IFF since 2012 and president of Aide aux cinémas du monde (CNC-Institut français) since 2016. He was a film critic for the legendary Cahiers du cinéma (1979-2013) and also edited the magazine (1998-2003). He lectures in film at La Sorbonne Nouvelle (University of Paris III). He has written several books and essays on cinema, including Satyajit Ray (1992), Luis Buñuel (1995), Photogénie de la Série B (1997), and Akira Kurosawa (2008). 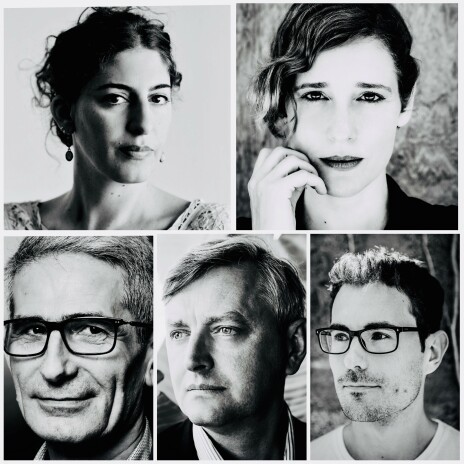