News The August Virgin of Madrid

Making its world premiere in the festival's main competition will be The August Virgin from up-and-coming Spanish director Jonás Trueba. The film, set in a sun-baked Madrid, revolves around a likable thirty-something, Eva, who remains in Spain's capital during the August festivals, experiencing various acts of happenstance and meeting friends old and new. She gradually realises however that there is much about life and about herself that she does not know.

"It's a diary film, where the point is not so much the plot as the feelings, the rhythm, the colours, the sounds, the alternating of night and day," says Trueba, who cast a woman in the main role for the first time. She is played by the charismatic Itsaso Arano, best known from her previous movie The Reconquest. "Because I knew who was going to play the main role, I could make Eva more like Itsaso really is. Like Jean Renoir, I am more interested in the actors than the characters they play. And I also want to make films with people that I like and admire," the director said. 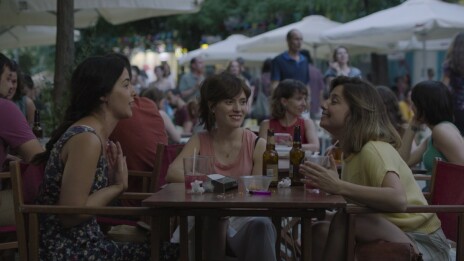