Walking along the red carpet today will be the delegation of the Slovak-Czech film Let There Be Light. Slovak director Marko Škop will be attempting to win first place in the Main Competition this year after having won the documentary competition with the film Osadné and the Právo Audience Award for the documentary Other Worlds over the past years of KVIFF.

The drama about xenophobia and the fragility of family ties follows the fortysomething Milan, a migrant work who returns home from Germany over the Christmas holidays to his home village in Slovakia. The peaceful festive atmosphere is interrupted by a tragedy connected to a paramilitary organisation that Milan's son is also involved in. According to Škop, the emergence of many youth-oriented nationalist groups is becoming a complex problem in Slovakia: "Certain people take advantage of their natural authority to snatch up easily impressionable young people and offer them some kind of meaning in life. Children are relatively easy to indoctrinate: they are still forming their identity."

Another phenomenon that the film attempts to draw attention to is the radicalization of the mentality of migrant workers. "Quite frequently I've been witness to something like 'psychological inversion', where for example a migrant worker in Germany suddenly feels like more of a German than Germans themselves. In the last Austrian presidential elections, many Balkan immigrants voted for the extremist candidate Hofer, who is against migration. In my opinion it comes from fear: they have worked hard to gain some kind of position, it cost them a lot, and all of a sudden they could lose it because someone else comes along," the director added. 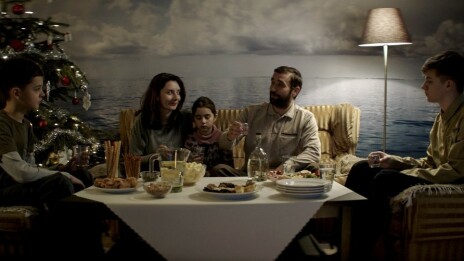