The Father, a Bulgarian tragicomedy, was brought to the Official Selection by the tried-and-tested directing duo of Petar Valčanov and Kristina Grozeva. Their film The Lesson has been a success at festivals in recent years, and Glory, about a simple railway labourer who finds a staggering amount of money on the railway tracks and conscientiously decides to return it, reached cult status. The Father tells the story of Vasil, an artist, who is trying to pull himself together after losing his wife.

The film gradually escalates with carefully constructed absurd and comical situations along the way. The plot begins with Vasil finding out from a neighbour that his wife had tried to call him from the hospital shortly before she died and that she had wanted to tell him something important. Despite his rational son's insistence, Vasil does not allow himself to be fobbed off and goes to visit the local psychic to find out what his wife's message was.

According to the film's authors, poor communication is one of its central themes. "We tried to explore this subject on various levels: intergenerational, gender. The communication here is dysfunctional between parents and children as well as within the family as a whole. Modern technology is of no help, and communication at work, communication with the past, the present and the future, all fail: even our own internal communication with ourselves and our own feelings," says Petar Valčanov. 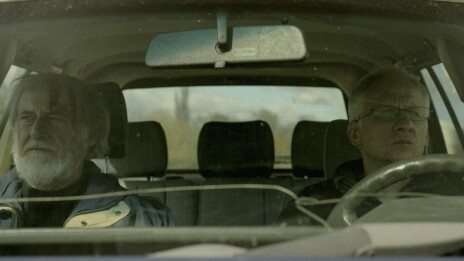