News Exhibition of photographs from the Karlovy Vary IFF in Berlin

In February and early March, an exhibition of unique photographs will present the Karlovy Vary International Film Festival to Berlin residents as well as guests of and visitors to the Berlinale film festival. The exhibition is being organized in cooperation with the Czech Center in Berlin.

Titled Das Filmfestival Karlovy Vary, the exhibition runs from 13 February to 14 March 2020 at the Czech Center in Berlin and presents some sixty photographs by renowned Czech photographers who have recorded this important international event over the past thirty years. The images shown as part of Das Filmfestival Karlovy Vary reflect not only the significance of this cultural and social event, but also showcase the aesthetic and stylistic approaches of contemporary Czech documentary photography.

Visitors to the exhibition will find portraits of important foreign and Czech personalities associated with the Karlovy Vary International Film Festival such as Julianne Moore, Sharon Stone, John Travolta, John Malkovich, Renée Zellweger, Leonardo DiCaprio, Richard Gere, Harvey Keitel, Tim Robbins, Jude Law, and Miloš Forman. Documentary and reportage photographs give viewers a behind-the-scenes look of the festival, thus offering a unique chance to see how the festival is created while also sharing its exceptional atmosphere. The photographers’ lens also captures fleeting and informal moments to create new stories and contexts that add to our memory of the event.

The exhibition is being held at the Czech Center in Berlin and is open Tuesday to Saturday from 1 to 6pm. Admission is free. 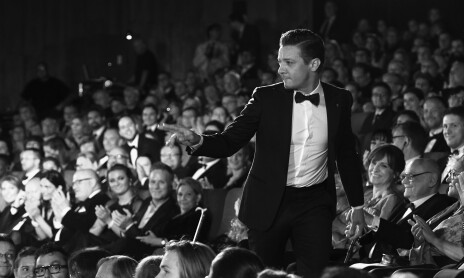