KVIFF Distribution’s spring feature is French director Alice Winocour’s latest film, Proxima. Actress Eva Green shines as the film’s main protagonist, an astronaut preparing to spend a year in orbit while also looking after her beloved seven-year-old daughter. The performance given by the 39-year-old Green, who is known for carefully choosing the roles she takes, has been praised by numerous foreign reviewers. Little White Lies magazine, for instance, says that “Green is at a career-best,” and The Film Stage describes her acting as “fantastic.” Also appearing alongside Green is Matt Dillon as her self-assured colleague. Proxima has earned festival awards in Toronto and San Sebastian.

According to the current situation, distribution label KVIFF Distribution (Karlovy Vary IFF, Česká televize and Aerofilms) has decided to postpone the film premiere, originally scheduled for March 19. All of the screenings planned so far will be carried out in the previewing mode according to individual possibilities of each cinema theatre. We will soon publish new date of the distribution premiere. 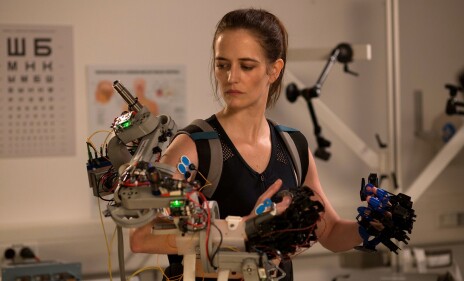