European premieres of LUXOR, IDENTIFYING FEATURES, and THE MOLE AGENT at the unique showcase KVIFF AT YOUR CINEMA (July 3 – 11, 2020).

KVIFF at Your Cinema will present 16 films over the course of nine days. Each of the selected works will have only one exclusive screening, which will take place at all participating theaters at the same time. The screenings are being planned in the spirit of the festival and will be accompanied by on-site introductions to the films by the KVIFF programmers.

“Since, given the situation, moviegoers can’t come to Karlovy Vary this year, we decided to bring at least part of the festival to them. It’s our way of thanking the visitors, guests, and film enthusiasts who create the fantastic festival atmosphere in Vary every year. We are thrilled by our viewers’ immense interest, and it’s also huge that nearly 100 theaters have signed on for KVIFF at Your Cinema. I believe that together we will succeed in offering audiences not only great films but even a bit of the traditional festival atmosphere,” says KVIFF president Jiří Bartoška.

The KVIFF AT YOUR CINEMA selection (in alphabetical order) 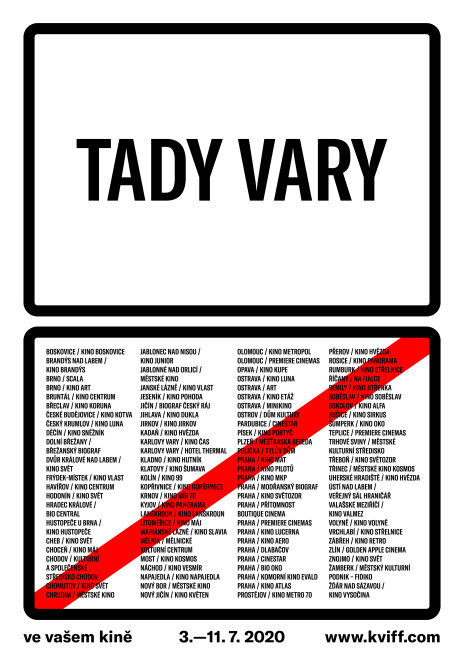