News Selection of KVIFF in the program of the international online festival We Are One: A Global Film Festival

Tribeca Enterprises and YouTube announced today the programming slate for We Are One: A Global Film Festival, which will feature over 100 films co-curated by 21 prolific festivals, hailing from 35 countries, in addition to talks, VR content and musical performances. The 10-day digital event will celebrate global voices, elevate films that have the power to create change and bring audiences from around the world together to create meaningful connections. Assembling some of the world’s most talented artists, storytellers and curators around a central effort to provide entertainment and offer relief in the form of supporting organizations responding to the COVID-19 pandemic, the festival will run exclusively on YouTube May 29 - June 7 at YouTube.com/WeAreOne.

We Are One: A Global Film Festival will give audiences an opportunity to experience different cultures through an artistic lens - each official selection was handpicked for inclusion to highlight the singularities of each participating festival, while also providing a voice to filmmakers on a global stage. Many of these titles will have significant debuts at the festival, with programming consisting of over 100 films, including 13 world premieres, 31 online premieres, and five international online premieres.

The KVIFF organizing team has heeded the call of We Are One: A Global Film Festival for lighter, positive content that, in these difficult times, can offer audiences some much-desired distraction. One area of the Karlovy Vary International Film Festival’s recent activities has been to initiate the extensive digital restoration of popular works from Czechoslovakia’s cinematic heritage, and so the selection includes the restored version of Oldřich Lipský’s 1977 cult detective parody Adela Has Not Had Supper Yet.

Without exaggeration, “cult” can also be used to describe Marek Eben’s television talk show Na plovárně. A number of the popular show’s nearly 800 episodes have been shot in Karlovy Vary with guests of our film festival. The show’s director, Jan Hojtaš, has created an exclusive mosaic of the best products of the highly fruitful long-term collaboration between KVIFF and this talk show, which has appeared on Czech Television since 1999.

Since 2015, KVIFF and European Film Promotion have worked together to organize the festival section Future Frames, which presents outstanding short films by ten carefully chosen European film students. The program for We Are One: A Global Film Festival includes a selection of the most successful films from the first five years of Future Frames, including Ondřej Hudeček’s Peacock, which won the directing award at Sundance 2016.

One of the most admired trademarks of the Karlovy Vary IFF are the exceptionally popular black-and-white festival trailers by successful advertising directors Ivan Zachariáš and Martin Krejčí. Audiences of We Are One: A Global Film Festival can see a complete selection of these short gems, which for festival audiences have become an integral part of the festival experience.

The complete program is available here. 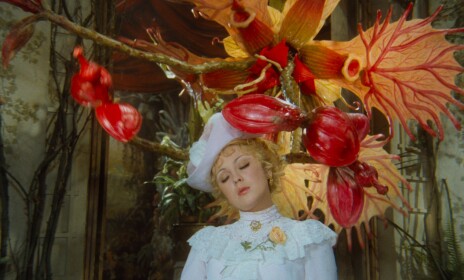