News The artistic directors of European film festivals together in Venice

“This unique document reflects a passion for film, a sense of responsibility in the face of the pandemic and its consequences, and a willingness to help others – especially filmmakers, without whom festivals would not exist. It was my honour to represent the Karlovy Vary IFF in the company of my esteemed colleagues when issuing this statement,” says KVIFF’s artistic director Karel Och.

Among other things, the document states that “Festivals are not mere promotional showcases to highlight the best of authors’ and filmmakers’ creativity, but are increasingly becoming centers of culture and places of education for young directors and audiences.”

The Venice Film Festival is one of the first large international cinema events to be held after the outbreak of the coronavirus pandemic.

The Karlovy Vary IFF has long focused on creating the most natural connection possible between filmmakers and audiences. It provides a venue for talented filmmakers in particular from Central and Eastern Europe, and its industry events bring them together with important producers and distributors, thus enabling their continued artistic and professional growth. Especially in today’s unusual situation, KVIFF helps them to remain in touch with film fans and audiences. Our special “KVIFF at Your Cinema” showcase was well received this year, and on 18–21 November 2020 we will hold the Karlovy Vary IFF 54½, a non-competition survey of selected films that could not be seen because the regular festival earlier this year had to be cancelled.

Details on this event will be available on our website (www.kviff.com) and social networks. 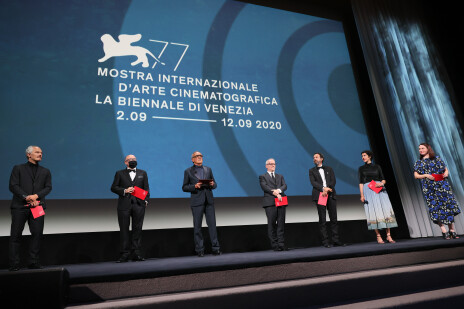