News Jiří Menzel has passed away

Another great Czech director, Jiří Menzel, has passed into cinema heaven. Menzel made his name at home as an integral part of the Czechoslovak New Wave. His work, which early on earned him an Academy Award for Closely Watched Trains, will forever be associated with other award-winning literary adaptations of works by Bohumil Hrabal, and with the loving humor of his comedies.

At the 2003 Karlovy Vary International Film Festival, Menzel was awarded the Crystal Globe for Outstanding Artistic Contribution to World Cinema. In fact, Menzel has been associated with the festival throughout his entire career. In 1968, he won the festival’s main prize with his legendary Capricious Summer, in 1992 he was president of the 28th festival edition, and in 1998 he was a member of the international jury at the 33rd KVIFF. Over the years, the Karlovy Vary festival has shown many films either directed by Jiří Menzel or in which he appeared in one of his many distinctive acting roles. In 2018, the section Out of the Past presented the documentary film To Make a Comedy Is No Fun, in which director Robert Kolinsky paid tribute to this outstanding film and theater director.

Actor and director Jiří Menzel will also remain a permanent part of the festival thanks to the charming festival trailer that he filmed for us as a laureate of our highest award. 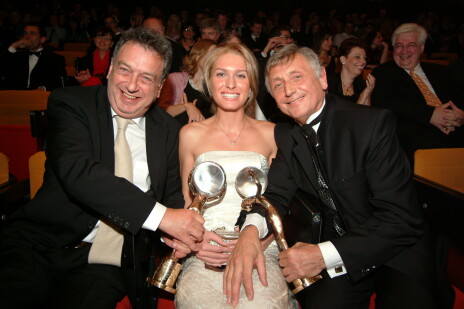