News The activities of the KVIFF Eastern Promises industry platform

The activities of the KVIFF Eastern Promises industry platform were successfully conducted on-line in the original July dates and have introduced to international film professionals over 40 unfinished film projects from the region of Central and Eastern Europe and the Middle East. With expected travel restrictions, Karlovy Vary IFF 54½ edition will instead focus more locally on the challenging situation faced by theaters and exhibitors in the Czech Republic. Using the experiences of the well-received summer showcase KVIFF at Your Cinema, which organized simultaneous screenings of festival titles in almost 100 cinemas across the country, we will be looking at possible ways of connecting festivals, exhibitors and new distribution models in times of fundamental changes to the traditional film industry. 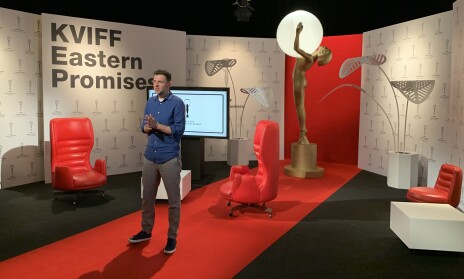