This year’s special Karlovy Vary IFF 54½​ will include a premiere screening of a digitically restored copy of Karel Kachyňa’s legendary film Coach to Vienna.

Karel Kachyňa shot his psychological film, set at the close of the Second World War, in 1966 according to a script by Jan Procházka. The main character was played by the then-twenty-five-year-old Iva Janžurová, thus offering her a truly exceptional opportunity to give an outstanding performance.

Two German-speaking deserters on the run – one injured soldier (Luděk Munzar) and his young, naive partner (Jaromír Hanzlík) – force the young country woman Krista (Iva Janžurová) to take them in her carriage to the Austrian border. The woman sees an opportunity to take personal revenge for the death of her husband, who was killed by the Germans without warning. But the situation developes differently than she had planned – she cannot fail to see that the soldiers are victims of circumstance just like herself.

The film’s original stars Iva Janžurová and Jaromír Hanzlík – both of them laureates of the KVIFF President’s Award for Outstanding Artistic Contribution to Czech Cinema – have tentatively confirmed their presence at the premiere.

The film was digitally restored by the Kučera husband and wife team at Universal Production Partners and Soundsquare in Prague, in collaboration with the Karlovy Vary International Film Festival, the National Film Archives, and the State Fund for Cinema. 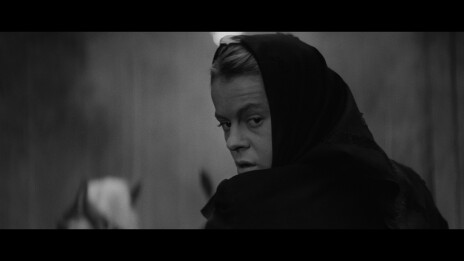