“A perfect life is a perfect trap” – such could be the tagline describing the meticulously constructed psychological British-Canadian drama The Nest starring Jude Law. Part of the Borderline Films collective (tribute at KVIFF 2013), director Sean Durkin (Martha Marcy May Marlene) introduced the film to the public at this year’s Sundance festival in January.

The carefully assembled selection features noted movies not only from Utah’s celebration of independent cinema but also from the Berlinale, Venice, San Sebastian as well as several titles with the Cannes 2020 Label. Diverse in terms of theme, genre, and geography, the selection boasts the winner of the Venice festival Nomadland from director Chloé Zhao; Crock of Gold: A Few Rounds with Shane MacGowan, an emotionally charged documentary portrait of the legendary frontman from Ireland’s cult band the Pogues; and the first part of Russian filmmaker Ilya Khrzhanovsky’s fascinating project, DAU. Natasha.

In addition to renowned autheurs such as Jasmila Žbanić (Quo vadis, Aida), Gianfranco Rosi (Notturno), Kelly Reichardt (First Cow), Benh Zeitlin (Wendy), and Victor Kossakovsky (Gunda), the festival will host a number of exceptional debuts. Christos Nikou’s gently melancholic drama Apples (Greece) ranks as one of the key events of this year’s Venice fest, while the charmingly subversive love story between clashing cultures and families Kiss Me Before It Blows Up from Israel’s Shirel Peleg will enjoy its international premier in front of Karlovy Vary audiences.

“In view of the government measures related to the spread of the coronavirus, we anticipate that the current situation will continue to change, and so we are tentatively cancelling the planned start of ticket sales originally scheduled for 21 October 2020. We will inform you about our next steps the moment we have further information as to how and under what conditions we will be able to hold our festival. By holding the Karlovy Vary IFF 54½, we hope to support cultural life in our country while thoroughly observing all health and safety measures,” the organizers stated.

The full line-up is available here. 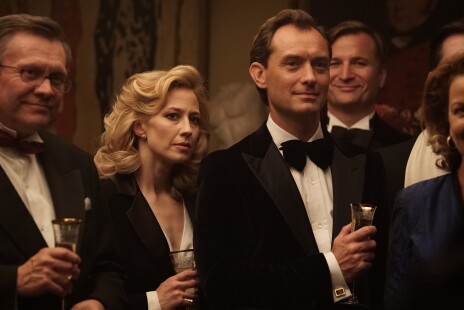