The director and producer Monte Hellman has died at the age of 91. The Karlovy Vary festival had the honor of hosting him as a guest on two separate occasions: At the 42nd Karlovy Vary IFF, Hellmann showed his film Two-Lane Blacktop as part of our New Hollywood retrospective and the 46th KVIFF screened his film Road to Nowhere.

Road to Nowhere, the story of a director who decides to cast an unknown actress for the main role of his new film and turn her into star, was based on a screenplay by Steven Gaydos, the longtime executive editor of Variety magazine and a collaborator of the Karlovy Vary IFF.

Without exaggeration, director, producer, and editor Monte Hellman can be called one of the greatest filmmakers of the New Hollywood. Hellmann gained invaluable experience while working as an assistant at Roger Corman’s production company. In fact, Corman – the “king of B movies” – produced Hellmann’s debut, the sci-fi horror Beast from Haunted Cave (1960).

Two World War Two dramas, Back Door to Hell and Flight to Fury, mark the beginning of Hellmann’s collaboration with Jack Nicholson, who appeared in both and wrote the script for the latter. Hellmann and Nicholson later worked together on the enigmatic westerns Ride in the Whirlwind (1965) and The Shooting (1967).

Hellman’s best-known films include the existential road movie Two-Lane Blacktop (1971), the drama Cockfighter (1974), and his take on the spaghetti western, China 9, Liberty 37 (1978). 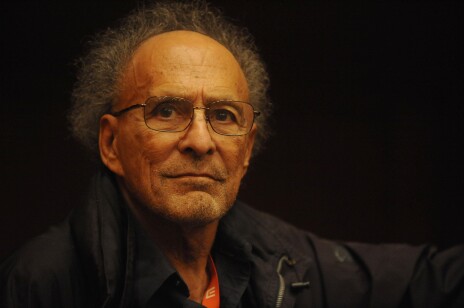