As part of its celebration of the return of cinema following last year’s temporary halt, the 55th KVIFF is delighted to celebrate the work of The Film Foundation (TFF) with a retrospective of movies restored by the renowned organization. Established in 1990 by Martin Scorsese, the non-profit is dedicated to protecting and preserving motion picture history, restoring to date over 900 classic works of cinema and hidden masterpieces from around the world.

This retrospective – the central program of the 2021 edition – is closely connected to KVIFF’s long-standing support of the preservation of Czechoslovak film patrimony; an impassioned journey that began a decade ago with the restoration of František Vláčil's masterwork, Marketa Lazarová.

Ten carefully selected films produced between 1932 and 1991 and traversing the U.S., Côte d’Ivoire, Sri Lanka, Mexico, Taiwan and Morocco comprise our retrospective – a wide-ranging program that offers a glimpse of the scope and breadth of TFF’s exemplary work, which includes films preserved through TFF’s World Cinema Project (WCP) and African Film Heritage Project (created in partnership with UNESCO, the Pan African Federation of Filmmakers (FEPACI) and the Cineteca di Bologna).

The retrospective ranges from the groundbreaking American independent film A Woman Under the Influence (1974, d. John Cassavetes); to the long-unavailable Asian masterwork A Brighter Summer Day (1991, d. Edward Yang); to a rare gem from Côte d’Ivoire The Woman with the Knife (1969, d. Timité Bassori), and many more.

“After being unable to gather together in theaters for over a year, I’m thrilled that The Film Foundation is partnering with the Karlovy Vary International Film Festival to present 10 restorations to audiences on the big screen,” said TFF founder and chair Martin Scorsese. “This is an incredible selection that encapsulates the diversity of the films that have been restored through our support, spanning every era, genre and region. My sincere thanks to the Karlovy Vary team for making this program possible and for highlighting the work of The Film Foundation.”

Collectively, the films in this program show the impact TFF has had on global film culture over the past three decades by presenting classic cinema to new generations, while also illustrating its dedication to discovering and promoting lesser-known works to film lovers the world over. Through this program, KVIFF and The Film Foundation aim to celebrate the richness of film history and world cinema, and what better way to celebrate TFF’s work than sharing this remarkable group of films with our returning audience this summer.

More about the retrospective here. 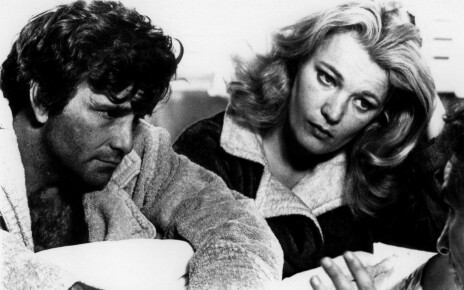