Karlovy Vary IFF will honour Ethan Hawke, an American actor, director, and writer, who will receive the Festival President's Award at its 55th edition taking place August 20–28, 2021. The Award is given to actors, directors, and producers who have contributed in a fundamental way to the development of contemporary world cinema.

„We are thrilled to welcome to Karlovy Vary an artist we’ve been admiring for a long time. In 2018, KVIFF paid tribute to the Austin Film Society and it is exciting to extend our appreciation of this renowned organisation’s work by honoring an actor and director who is so closely connected to the Texas independent film scene,“ said artistic director Karel Och and executive director Krystof Mucha.

Hawke will personally introduce Paul Schrader’s thriller First Reformed, in which he brilliantly portrays a parish pastor in crisis of faith.

Hawke also recently released his first novel in twenty years, A Bright Ray of Darkness, published by Knopf in February 2021. The novel explores art and love, fame and heartbreak in a blistering story of a young man making his Broadway debut in Henry IV just as his marriage implodes. Also, on the author front, on July 20, 2021, Hawke and New York Times bestselling author and illustrator Greg Ruth, will debut Meadowlark: A Coming of Age Crime Story. The graphic novel follows a father and son as they navigate an increasingly catastrophic day. A best-selling author, his written works include the novels The Hottest State and Ash Wednesday, the children’s book Rules for a Knight, and the graphic novel Indeh.

A man of many talents, Hawke made his breakthrough in Peter Weir's Dead Poets Society, playing Robin Williams’ shy student Todd to critical acclaim. The beginning of 1990s saw several of Hawke’s strong performances (such as his first lead in White Fang and foul-mouthed Troy in comedy drama Reality Bites), but the decade’s key moment didn’t come until 1995, when he starred in Richard Linklater's romantic drama Before Sunrise, later continuing their partnership in Before Sunset and Before Midnight in the trilogy’s nine-year cycle.

Last fall he made his television debut in Showtime’s limited series The Good Lord Bird based on the National Book Award-winning novel by bestselling author James McBride. Hawke, who executive produced and co-wrote the series, starred as 19th century abolitionist John Brown.  Hawke’s performance in The Good Lord Bird has received universal critical acclaim include nominations for a Golden Globe, a WGA Award and a SAG Award.

Behind the lens, Hawke made his directorial debut in 2001 with his drama Chelsea Walls. The film tells five stories set in a single day at the Chelsea Hotel and stars Uma Thurman, Kris Kristofferson, Rosario Dawson, Natasha Richardson and Steve Zahn. Additionally, he directed Josh Hamilton in the short film Straight to One, a story of a couple, young and in love, living in the Chelsea Hotel. Hawke made his documentary directorial debut with Seymour: An Introduction, which premiered at the 2014 Telluride Film Festival and the Toronto International Film Festival and earned raves from critics and audiences alike. The project follows the life of the legendary pianist and piano teacher Seymour Bernstein. IFC released the film in 2015. Most recently, Hawke co-wrote, produced and directed Blaze, which was inspired by the life of Blaze Foley, the unsung songwriting legend of the Texas outlaw music movement that spawned the likes of Merle Haggard and Willie Nelson. Released in 2018, the film was produced by Hawke and his wife Ryan for their Under The Influence banner and premiered at the 2018 Sundance Film Festival. 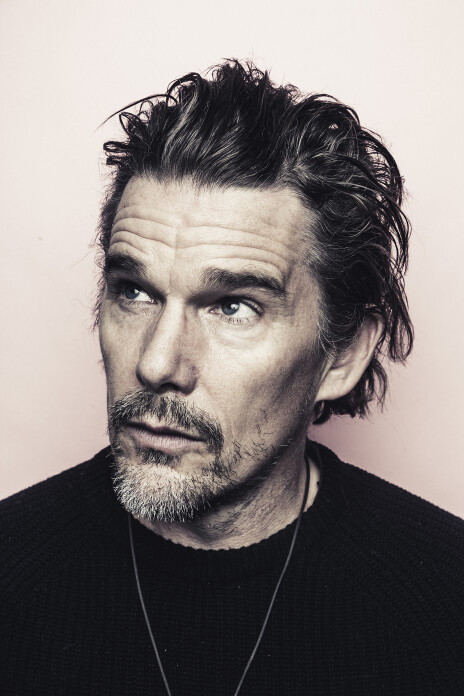