At the closing ceremony of this year’s 55th Karlovy Vary International Film Festival, the KVIFF President’s Award, by which the festival honors domestic filmmakers, will be presented to Oscar-winning director Jan Svěrák. At 4pm on 26 August, at a special screening at the Karlovy Vary Municipal Theatre, Svěrák will also personally present his film The Ride, which won the 1995 Crystal Globe for Best Film at the 30th edition of the Karlovy Vary IFF.

Jan Svěrák is one of the internationally most successful Czech directors working today. A graduate of FAMU’s documentary department, Svěrák garnered attention with his student mockumentary Oil Gobblers, for which he won a student Oscar in 1988.

Ever since his feature film debut The Elementary School (1991), he has collaborated with his father, the actor and screenwriter Zdeněk Svěrák, and this exceptional creative partnership is responsible for his most important films. The Elementary School earned Jan Svěrák an Oscar nomination, his action fantasy Accumulator 1 (1994) brought him the Critics’ Week Award in Venice in 1994, and he was honored with an Oscar for best foreign film for his 1996 tragicomedy Kolya, which earned dozens of other international awards, including a Golden Globe. With the wartime drama Dark Blue World (2001), Jan and Zdeněk Svěrák honored the Czech pilots who fought with the RAF during the Second World War, and in 2004 Jan Svěrák and Martin Dostál shot the feature-length documentary Papa about Jan’s father Zdeněk.

In 2007, Jan shot Empties, again based on a screenplay by his father. This captivating tale of a retired teacher who refuses to give up his dreams was the year’s most successful film, with more than 1,200,000 ticket sales. The film also took home the Audience Award at that year’s Karlovy Vary International Film Festival. Also in 2007, Jan Svěrák produced Alice Nellis’s Little Girl Blue, which won the Czech Lion for Best Czech Film.

In 2010, Svěrák presented his playful fantasy Kooky, which combines elements of acted film with puppetry, in main competition in Karlovy Vary. The film won the festival’s Special Jury Prize.

With Three Brothers (2014), again written by his father, Svěrák followed in the Czech tradition of cinematic fairy tales. Barefoot, his 2017 sequel to The Elementary School, marked a poetic return to childhood during wartime and is yet another example of the excellent creative collaboration between Jan and Zdeněk Svěrák.

In 2019, Svěrák published a novel, Bohemia. He is currently completing his film Bethlehem Light, for which he wrote the screenplay on the basis of his father’s short stories.

Jan Svěrák also shot one of the most successful KVIFF trailers. This black-and-white mini-story from 1997 recalls the style of traditional horror movies. 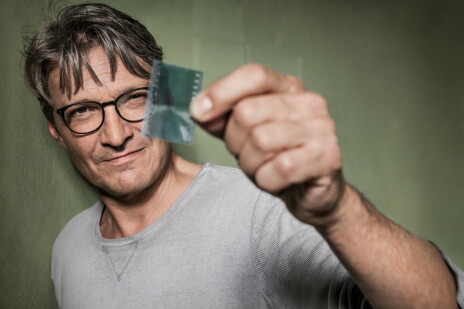