For the opening of this year’s Karlovy Vary International Film Festival, the public will be treated to a special concert on the stage in front of the Hotel Thermal – the songs of Andrew Lloyd Webber and Tim Rice’s Jesus Christ Superstar, performed by the legendary cast from the musical’s run at Prague’s Spirála Theatre. Kamil Střihavka, Dan Bárta, Bára Basiková, and others will appear alongside the Karlovy Vary Symphonic Orchestra, conducted by Ota Balage.

This year, the legendary musical (or rather, rock opera) by Andrew Lloyd Webber and Tim Rice celebrates its fiftieth anniversary – its Broadway debut was on 12 June 1971. Jesus Christ Superstar has been performed on stages round the world and has been turned into two movies, one in 1973 and the other in 2000. An album version released even before its premiere stage performance features Ian Gillan from Deep Purple, and a concert version broadcast live on NBC television on Easter 2018 featured John Legend as Jesus and Alice Cooper as King Herod.

Even many years later, many fans consider the Prague production (with Czech texts by Michael Prostějovský) the best Czech musical since 1989. It is hard to believe that its premiere was more than twenty-five years ago. Over the course of an unbelievable 1,288 performances at the Spirála Theatre, the musical – which at the time symbolized the Czechs’ newly acquired freedom – was seen by more than 850,000 people.

Ota Balage’s concert version has already been performed in Pardubice, Brno, Liberec, Ostrava, and Hradec Králové, and most recently enjoyed two sold-out shows last September in Teplice. Each time, the enthusiastic audience response has confirmed that this unique undertaking has lost none of its topicality and that the casting of the original stars of the Prague production promises a timeless musical experience.

The concert begins at 10:45 pm on August 20 on the stage in front of the Hotel Thermal. Admission is free. 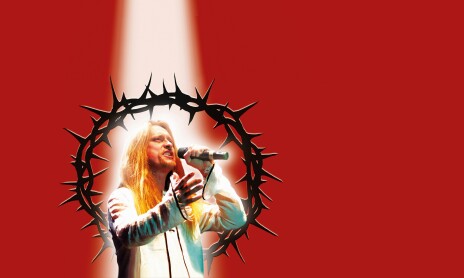