News Petr Sís: Through Story will be accompanied a film Dreams of Stray Cats by director David Sís’s

Our presentation of Dreams of Stray Cats, director David Sís’s documentary about his world-famous brother, the artist Petr Sís, will be accompanied by the exhibition Petr Sís: Through Story, which can be seen from 20 to 28 August 2021 in the Moser Lounge on the first floor of the Hotel Thermal.

Through Story takes a look at the life and work of this internationally renowned illustrated, graphic artist, and author of children’s books, whose work is known by readers of all ages from around the world.

Petr Sís has created twenty-six books for children and youth, has illustrated more than sixty books, and has shot almost thirty animated films. He also designs posters, creates art objects, paints murals, and creates works of public art. Some of his best known works include a mosaic for the New York subway and giant tapestries at the airports in Prague, Dublin, and Cape Town.

Petr Sís has received numerous awards for his work, from a Golden Bear at the Berlinale to several medals from the American Library Association, eight New York Times awards for best illustrated children’s book, and two Ragazzi Awards at the Bologna International Children’s Book Fair. In 2003, he received a prestigious MacArthur Fellowship and in 2012 he was given a Hans Christian Andersen Award for his lifelong work. In recent years, he has collaborated with Amnesty International Art for Amnesty to produce a series of tapestries made in support of human rights and honoring various important figures from recent history. The first such tapestry was Flying Man, unveiled at Prague’s airport in 2012 in honor of President Václav Havel.

To date, the largest exhibition of Sís’s art has been On Flying and Other Dreams, held in 2019 at Prague’s DOX Centre for Contemporary Art, where it was seen by nearly 100,000 visitors. 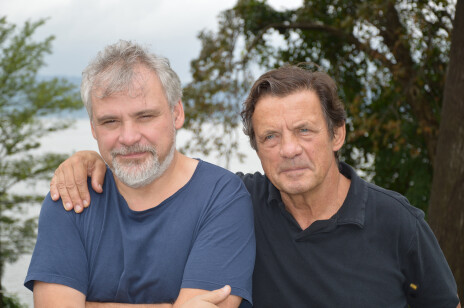