Danish filmmaker. She made her international break­through in 2006 with Enemies of Happiness, which won a Silver Wolf at the IDFA documentary festival and one of the main Sundance festival awards. In 2011 she toured the world with her dark family drama The Good Life, which won the Documentary Film Competition at KVIFF. Other recent titles are A Modern Man (2016) and A Cherry Tale (2019). Two years ago she presented her award-winning epic family drama Love Child at the Toronto festival. She co-founded the production company Danish Documentary, where she has worked as director and executive producer on a number of titles. She has been a member of the Academy of Motion Picture Arts and Sciences since 2019.

Polish film and stage actress. She graduated from the National Film School in Łódź. For years she was a member of the National Theatre company in Kraków. For her role in Anna Jadowska's film Wild Roses she received numerous awards. KVIFF audiences are familiar with her roles in Tomasz Wasilewski's Floating Skyscrapers (2013, winner of the East of the West Competition) and United States of Love (2016, Best Script in Berlin), or Łukasz Grzegorzek's Kamper (2016, EW Competition). One of the most respected European actresses of her generation, she excelled in the lead role in the series Ultraviolet (Netflix) and is currently working on her directorial feature debut.

Greek film director and screenwriter. His feature debut Apples opened the 77th Venice Orizzonti in 2020 and won many awards and participated in more than 80 festivals (Telluride, Toronto, Tokyo, now also KVIFF). The film was among the five best foreign language titles chosen by the National Board of Review and is currently being shown in cinemas in more than 70 countries. His short film KM (2012) was screened at over 40 international film festivals and won Best Short at Motovun in Croatia. Nikou began his career working as assistant director on the films Dogtooth and Before Midnight. He is now working on his second feature, produced by Cate Blanchett (Dirty Films Productions).

German festival director and film critic. He studied political science and journalism in Hamburg and worked as a film critic in Paris and Berlin. In 2001 he was appointed director of the International Forum of New Cinema at the Berlinale, a position he held until 2018. He became artistic director of the Marrakesh International Film Festival (2018/2019) and last year was named artistic and managing director of DOK Leipzig, the world’s first documentary film festival created in 1955. 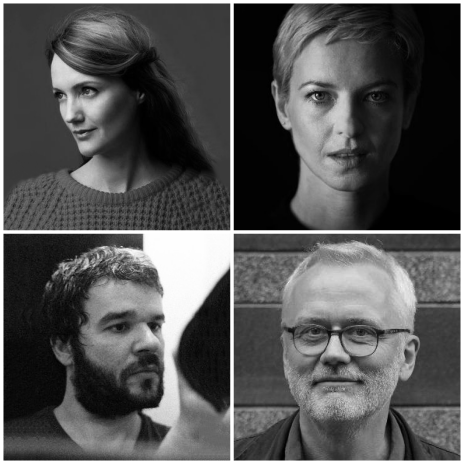