​Latvian producer. She has been active in film production since 2006 and has produced both features and shorts which have premiered at Cannes, Berlin, Rotterdam, Karlovy Vary, Busan and elsewhere. Her most successful productions include Oleg, premiered in Cannes' Directors' Fortnight (2019), Mother I Love You (2013), which received more than fifteen international and national awards (including accolades from the Berlinale section Generation KPlus), and Mellow Mud (2016), recipient of Berlin's Crystal Bear from the Generation 14Plus programme in 2016. She participated in EAVE and ACE and the Latvian Ministry of Culture presented her with a Diploma of Merit for her achievements in film production.​

Macedonian producer, director and editor. His debut as director and producer Cash & Marry (2009) won a series of international awards. He produced and edited the festival hit Avec l’amour (premiered at Hot Docs in 2017) and the extraordinarily successful Honeyland (2019), three-time winner at Sundance and nominated for two Academy Awards (Best Documentary and Best International Feature). He is the owner and head producer at Trice Films and a distinguished professor at the Shanghai Film Academy.​

​Czech director and screenwriter. He studied graphic design at secondary-school level, and directing at FAMU. His graduation film Tambylles (2012) premiered in the Cinéfondation section at the Cannes IFF. In 2015 he co-founded the Cinergy Prague platform, which organises film master classes. His debut feature A Certain Kind of Silence had its premiere in KVIFF's East of the West Competition in 2019 and was subsequently screened at a number of international festivals, earning a Bronze Pyramid at the Cairo IFF. Hogenauer's second feature film is currently in the works.​

​Cypriot filmmaker and screenwriter, and co-artistic director of the Cyprus Film Days International Festival. Her feature debut Pause was screened in its world premiere at KVIFF and was listed as one of the “20 most daring films of 2019” on Rotten Tomatoes. The film was awarded by FIPRESCI, it received rave reviews from the critics and was released theatrically worldwide. Her work has been selected for festival programmes in Locarno, Cairo, Palm Springs and elsewhere. European Film Promotion placed Tonia Mishiali among the ten most outstanding female directors in Europe as part of its programme "Voices of Women in Film", staged at the festival in Sydney.​ 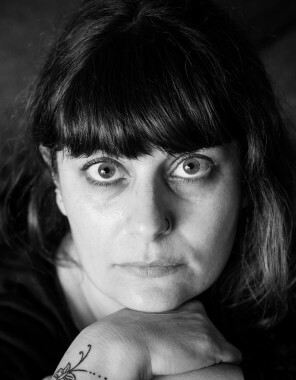