The festival will recognize and pay tribute to the acclaimed actor’s extensive career and lasting legacy on the film industry globally.

The multifaceted artist made his acting debut in the supernatural horror Nightmare on Elm Street (1984). From the onset of his career, Depp’s persuasive acting helped many films gain their cult status, including What's Eating Gilbert Grape (1993), Arizona Dream (1993), Dead Man (1995), Donnie Brasco (1997) and Fear and Loathing in Las Vegas (1998). During this time, he also began his long-term collaboration with renowned filmmaker Tim Burton, starring in Edward Scissorhands (1990) and Sleepy Hollow (1999).

Johnny Depp became highly sought after in the world of film with Pirates of the Caribbean: The Curse of the Black Pearl (2003) which brought him his first Academy Award nomination in 2004, followed by another two for Finding Neverland and Sweeney Todd: The Demon Barber of Fleet Street, the film that won him a Screen Actors Guild Award for Best Actor.

An equally important chapter of Depp’s career started in 2011 with his first venture into film production. Hugo (2011), directed by Martin Scorsese, screened to critical acclaim and received 11 Academy Award nominations. Dark Shadows (2012), Mortdecai (2015) and Minamata (2020) followed in recent years, all of which Depp also starred.

“We’re incredibly honored to welcome to the Festival an icon of the contemporary cinema,” said KVIFF’s executive director Krystof Mucha and the Festival’s artistic director Karel Och. “We’ve admired Mr. Depp for such a long time and are thrilled to bestow this honor on him.” 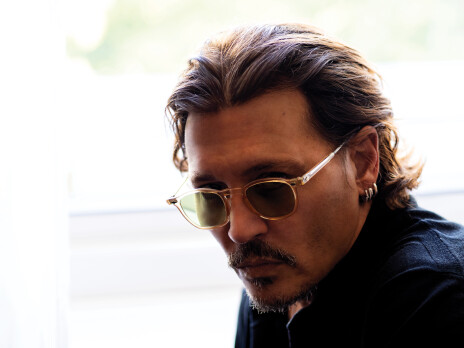