Even as a young girl, Benedetta felt that she was closer to God than other people. Several years later, her father sends her to a monastery – although more than spiritual fulfilment he wants to give her a better life. The young novice learns the strict rules of the religious order but quickly realizes that rules can do more than bind a person: they can also serve them, and behind the walls of the monastery, one can feel passion for more than just Jesus… The enchanting Virginie Efira, the provocative Daphne Patakia, and the charismatic Charlotte Rampling star in Verhoven’s latest film, whose dark humor, miracles, and stimulating (in more ways than one) story made it an audience hit at this year’s festival in Cannes.

Rap. A captivating rhythm and a direct message. Humor or aggression; a reflection of egoism in a highly egoistic era. An infectious virus. This ain’t no kiddie show, it’s a revolutionary culture that did not fully arrive in our country until the Velvet Revolution. Initially ridiculed, Czech rap has become a new form of popular music despite the fact that it was long ignored by radio and television. In their ten-episode online series, director Šimon Šafránek and editor Šimon Hájek (King Skate, Meky) present gripping stories of rappers, ranging from pioneering figures such as Michael Viktořík and Orion all the way to contemporary phenomena such as Yzomandias and Viktor Sheen. In rap, they all found freedom in the face of social expectations and conventions. Suitable for viewers aged 15 years and over. 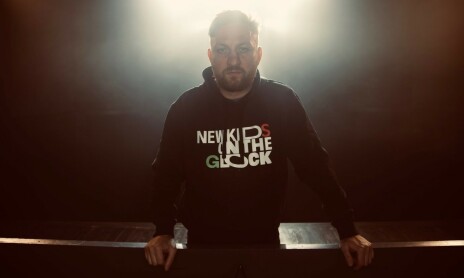