Regular meetings with directors, actors and other film industry personalities who present their work as part of the festival programme. The meetings are held at the Vodafone Lounge and in Press Conference Hall and Congress Hall at Thermal Hotel.

Unless indicated otherwise, the debates held in English are not translated, and do not require a ticket or accreditation.

The final guest of this year’s KVIFF TALKS is American actor, director, and author Ethan Hawke, who will be at this year’s festival to receive the KVIFF President’s Award and to personally present Paul Schrader’s thriller First Reformed. Hawke has appeared in doznes of unforgettable roles and has worked with numerous outstanding directors such as Peter Weir, Alfonso Cuarón, Sidney Lumet, and most notably Richard Linklater, with whom he worked on eight film and with whom he co-wrote the screenplays to the cult films Before Sunset and Before Midnight, both of which earned him Oscar nominations. Hawke made his directorial debut with the film Chelsea Walls; his most recent outing as a director was the biopic Blaze.

You can watch ​these KVIFF TALKs on KVIFF.TV:

Join us for a truly unique KVIFF Talk: Laurent Garnier, the legendary French DJ, producer and one of the godfathers of house music, comes to Karlovy Vary to promote Laurent Garnier: Off the Record. The documentary film directed by Gabin Rivoire reflects on Garnier's personal story intertwined with

the revolutionary history of electronic music. Garnier also composed the score for multiple films, TV and theatre pieces, fuelled by his unwavering passion for music since the late 1980s when he became part of the Manchester club scene. His long and illustrious career – the artist was even decorated as Chévalier de la Légion d´Honneur in 2017 – will be the subject of this talk. Hosted by Saša Michailidis.

The KVIFF Talk will be held in English without translation.

Two distinctive European filmmakers, recipients of numerous festival awards, directors who have repeatedly explored the dark side of European history, regular guests in Karlovy Vary, and also personal friends. Radu Jude, one of Romanian cinema’s most distinctive personalities, recipient of dozens of festival awards including a Crystal Globe at the 53th Karlovy Vary IFF and a Golden Bear from this year’s Berlinale, and renowned Ukrainian director Sergei Loznitza, a household name among film festivals, creator of award-winning documentaries and fiction films, among other things recipient of a directing award at Cannes. Join this unique discussion between two distinctive contemporary auteurs, both of whom will be presenting their latest works at this year’s festival.

The discussion is moderated by Neil Young, British film journalist, curator, and contributor to The Hollywood Reporter, Sight & Sound, and Screen International.

Finnish director Juho Kuosmanen charmed Karlovy Vary for the first time five years ago with his biopic feature debut The Happiest Day in the Life of Olli Mäki, winner of the Un Certain Regard Award at Cannes 2016. His current film Compartment No. 6 (screened here in the Horizons section) has shined even brighter, winning this year's Cannes Film Festival Grand Prix and the Ecumenical Jury's Special Mention. This unusual romantic comedy about two seemingly divergent personalities, a young Finnish intellectual and a Russian miner sharing a compartment in a train going to Murmansk, is based on the eponymous bestseller by Rosa Liksom and explores the topics of identity and accepting others as well as ourselves. Join us, the director and his female lead Seidi Haarla, Finnish actress and one of this year's Berlinale EFP Shooting Stars, for a talk about authenticity and the quirks of filming in an actual moving train.

The KVIFF Talk will be held in English without translation.

You can watch ​KVIFF TALK with Ninja Thyberg on KVIFF.TV

Swedish director Ninja Thyberg is a preeminent and talented contemporary filmmaker who, in just a short period of time, has succeeded in creating a unique signature style and becoming an international hit. Her nine short films take a fresh and playful approach to gender and social stereotypes, our understanding of our own bodies, and the relationship between power, desire, and sexuality. Thyberg’s feature film debut Pleasure, a follow-up to her eponymous short film, premiered at this year’s Sundance Film Festival, and the media has described its “unsettling authenticity.” The film takes an unflinching look behind the scenes of America’s porn industry, and how to approach this taboo and myth-shrouded phenomenon was the subject of our talk.

Moderated by Marta Balaga, film journalist covering the festival for Cineuropa and Variety. 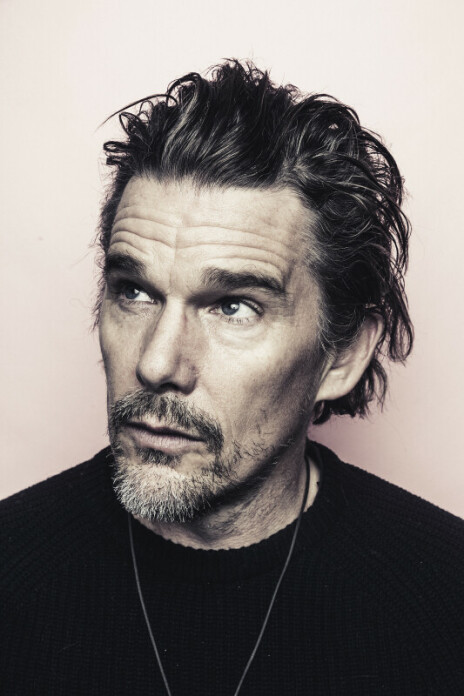