The Nest, the closing film of this year’s Karlovy Vary International Film Festival starring Jude Law, comes to Czech cinemas on 9 September. According to foreign critics, director Sean Durkin’s psychological drama set in the 1980s features one of the most interesting roles in the careers of both Jude Law and his co-star Carrie Coon, whom audiences may recall from Gone Girl. Sensing the promise of easy money in the pulsating metropolis that is London, businessman Rory (Jude Law) abandons his comfortable life in the United States and moves his entire family into a grand rented estate in the English countryside. But things slowly spin out of control, and his idyllic family life begins to creak as much as the floorboards in their centuries-old home. The Nest is being brought to cinemas thanks to KVIFF Distribution, the joint distribution company of the Karlovy Vary film festival, Czech Television, and Aerofilms.

Law and Coon in the most interesting roles of their careers

The film’s excellent quality has been appreciated at a number of film festivals. It was a success at Sundance and at the Karlovy Vary International Film Festival, where it was given the prestigious position of being the festival’s closing film. According to Rolling Stone magazine, Jude Law and Carrie Coon’s performances are one important reason to see The Nest. And IndieWire wrote about the film’s stars that “Law and Coon have thrown themselves into this material with rich, measured turns that come alive in Durkin’s elegant frames.”

Director Sean Durkin’s previous work, his debut film Martha Marcy May Marlene, garnered many positive reviews from critics around the world. In 2013, Durkin introduced it in person at the Karlovy Vary International Film Festival. Jude Law was the festival’s guest in 2010 and even stars in one of KVIFF’s trailers. 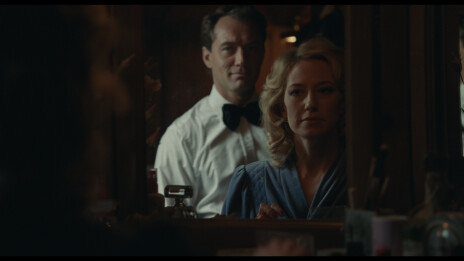