At the festival’s 56th edition, the KVIFF President’s Award for outstanding figures in Czech cinema will go to actor, playwright, screenwriter, and director BOLESLAV POLÍVKA.

Bolek Polívka first came to audiences’ attention as a distinctive and inimitable theater actor and co-founder of Brno’s legendary Goose on a String theater. The plays that he directed and starred in (Am and Ea, Pezza versus Čorba, Pépe, The Castaway, The Final Trap, The Jester and the Queen) were inspired by cabaret clownery, commedia dell’arte, and slapstick cinema, although their distinctive style consciously transcended genre boundaries. The unique and original nature of these performances earned Polívka recognition at home and abroad and led to numerous collaborative efforts with leading international theater ensembles. In 1993, he founded the Bolek Polívka Theatre, and as an actor he continues to perform with a number of theaters outside Brno.

For more than two decades, Bolek Polívka has left a similarly distinctive mark on domestic cinema as well. His first larger role was as Mageri in the musical Ballad for a Bandit (1978, dir. V. Sís). This was followed by a series of important collaborations with director Věra Chytilová, beginning with Calamity (1981) and eventually expanding to include five films. Even years later, The Inheritance or Fuckoffguysgoodday (1992) – a tragicomic parable of life in early post-communist Czech society – shows how precisely the creative tandem of Polívka-Chytilová (they both co-wrote the screenplay) was capable of identifying the new era’s social shifts. Other joint projects include a film adaptation of Polívka’s play The Jester and the Queen (1987), another co-written film, Expulsion from Paradise (2001), and Pleasant Memories (2006).

Polívka’s extensive filmography clearly reflects his ability to work across genres. Although audiences tend to see him as a comic actor thanks to his roles in popular comedies such as Cosy Dens (1999), I’m All Good (2008), or Men in Hope (2011), he has earned respect and recognition outside this genre as well. For instance, his portrayal of a priest in Vladimír Michálek’s Forgotten Light (1996) earned him a Czech Lion for best actor and another award in the same category at the Karlovy Vary International Film Festival. He later also took home a Czech Lion for best actor for Divided We Fall (dir. Jan Hřebejk, 2000), which was nominated for an Oscar for best foreign film. Another seven nominations for the annual Czech Lion awards document the diverse range of genres Polívka is capable of: Tomáš Vorel’s bitter Out of the City (2000), Jan Hřebejk’s humorous portrait of the communist era Pupendo (2003), Bohdan Sláma’s rawly poetic Something Like Happiness (2005), Jiří Vejdělek’s Roming (2007), in which Polívka formed one half of a charmingly incongruous duo with Marián Labuda, Alice Nellis’s fantasy film Angels (2014), Slávek Horák’s remarkable debut Home Care (2015), and Jiří Strach’s fairy tale Angle of the Lord 2 (2016).

Bolek Polívka also frequently appears on Czech television screens, where he hosts the long-running shows Manéž and Bolkoviny and has also appeared in a number of television series (Cases of the 1st Department).

As an homage to Bolek Polívka, Karlovy Vary festival will screen the film Forgotten Light. 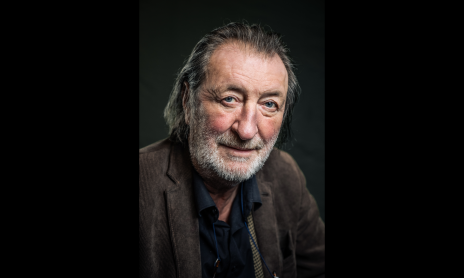