​At its 56th edition, the Karlovy Vary International Film Festival continues its long-running tradition of premiering digitally restored versions of classic Czech films. This year, the festival will be showing another important example of the Czechoslovak New Wave, director Jaromil Jireš’s 1968 adaptation of Milan Kundera’s novel The Joke.​

A masterful film adaptation of a famous novel, The Joke is the darkly grotesque story of how, in an atmosphere of absolute intolerance, spying, and denunciations, an innocent student prank can fundamentally ruin a life.

The main protagonist, Ludvík Jahn, returns to his hometown after many years away in order to meet the radio journalist Helena Zemánková. His main motivation for the meeting, however, is the fact she is married to his former classmate and best friend, who literally ruined Ludvík’s life and future through an innocent prank. The bitter Ludvík plans to use Helena for his belated revenge, which in the end proves a failure and leaves him feeling even more

pathetic, embarrassed, and alone than when his friends expelled him from university at a party meeting.

Milan Kundera published his novel in 1967 and worked closely with director Jaromil Jireš on writing its screen adaptation. The film, which premiered in early 1969, was awarded the Silver Siren at a screening of Czech and Slovak films in Sorrento, Italy, and also took home an award from the 17th San Sebastián International Film Festival. With the onset of Normalization, it was locked away and was not shown at more international film festivals until after 1989.

The Joke is a cinematically unostentatious reinterpretation of the basic themes found in Kundera’s novel. It paints a meticulous, almost harrowing picture of how the communist terror of the 1950s was able to upend the lives of ordinary people and distort the perception of ethical values.

The Karlovy Vary festival has long supported the screening of digitally restored copies of important works of domestic and international cinema. The festival’s tradition of digitally restoring Czech films began with Marketa Lazarová in 2011 and since then has continued with other works of Czech cinema. The 55th KVIFF also hosted a large retrospective of films restored by The Film Foundation, established by the renowned director Martin Scorsese with the goal of preserving and protecting examples of world cinema. 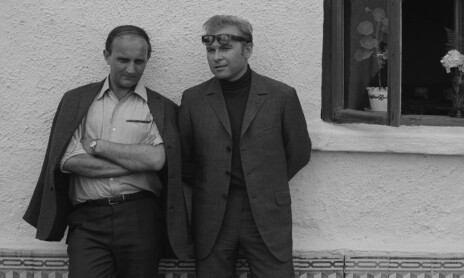