The organizers of the Karlovy Vary IFF are expanding the festival’s portfolio of activities aimed at systematically supporting filmmakers. For many years, these activities, which have included workshops and presentations of projects in the developmental stage, were held as part of the festival’s KVIFF Eastern Promises program.

This year, the festival presents the pilot year of a new project, KVIFF Talents. The objective of this year-round program is to identify talented filmmakers and to support the creation of creative audiovisual projects with international ambitions possessing a high level of originality. As part of the program, the selected filmmakers will be provided financing for development, mentoring from experts, and the chance to present their projects to potential producers, partners, and investors at the festival in Karlovy Vary. Applications for this year will be received until 22 May.

“Promoting new talents has always been a central part of the festival’s activities. With KVIFF Talents, we are moving these activities onto a new level. We are convinced that the program will be another piece of the puzzle promoting greater originality, creative boldness, and international ambitions by filmmakers from our region,” says KVIFF’s executive director Kryštof Mucha.

KVIFF Talents is divided into two sections, held in parallel. The “Creative Pool” focuses on the search for creative ideas for audiovisual works of any format or genre – it could be a short film, a web series, a podcast, a music video, or a video game. The goal of the “Feature Pool,” meanwhile, is to support ideas for original live-action films that have the potential to be made quickly with a budget under five million Czech crowns. The project’s pilot phase is open to submissions from the Czech Republic and Slovakia. In the future, there is a chance that the project will be expanded to include all of Central and Eastern Europe.

“A key feature of KVIFF Talents is that it takes an individualized approach. We realize that every project has different needs during the delicate development stage, and so we are planning to provide filmmakers with customized support,” adds Mucha. In the current call for submissions, which is open until 22 May, filmmakers can submit their projects to two programs: the Creative Pool and the Feature Pool. In early June, each program will select three filmmakers to be this year’s KVIFF Talents. Over the course of the Karlovy Vary film festival, the program will organize presentations with the goal of connecting the filmmakers with potential producers, partners, and investors. This step marks the beginning of long-term collaboration aimed at financing the project’s development, providing help with financing, or offering mentoring during the development, production, and distribution stages. Complete information on the project is available at: http://talents.kviff.com/. 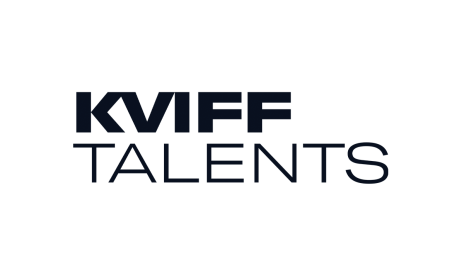