News Our Festival Legend: A Tribute to Eva Zaoralová

The Karlovy Vary festival is honoring its longtime artistic director Eva Zaoralová with an exhibition of photographs documenting her lifelong relationship to cinema, her activities in the management of the Karlovy Vary International Film Festival, and her unique relationship with the festival’s president Jiří Bartoška. Among other things, the photographs record her meetings with dozens of international stars from the world of cinema.

Eva Zaoralová (1932–2022) was a respected film critic, translator, teacher, and author. In 1994, she and Jiří Bartošká took over at the helm of the Karlovy Vary International Film Festival, and she went on to play an important role in saving the festival and transforming it into an internationally acclaimed survey of film.

Zaoralová headed KVIFF, first as the festival’s programming director and then as its artistic director until 2011, after which point she remained active as artistic advisor.

In her memory, this year’s Karlovy Vary festival will be showing Federico Fellini’s La Strada, which according to her was of key importance to her relationship to cinema and to Italian film in particular, and which significantly influenced her future professional career.

“I have admired Fellini ever since I first saw La Strada at a student screening in the late fifties. I even gathered the courage to write Fellini,” she later remembered in her book of interviews with the author Alena Prokopová, Eva Zaoralová: A Life with Film. “To my surprise, he answered. After all, he wasn’t so famous yet, and so it was worth his while to write that he was especially happy to hear an assessment from a foreign viewer,” Zaoralová continued in the book. Fellini even invited her to visit him in Rome.

Fellini and his work would become a lifelong love for Eva Zaoralová. She did the Czech translation for La Strada and in the early 1990s she translated a biography about Fellini written by his friend, the leading critic Tullio Kezich, Fellini, la vita e i film. Despite his invitation, unfortunately Eva Zaoralová never met Federico Fellini in person, but at the 1986 festival she could at least meet his wife Giulietta Masina. “She was over sixty-five, but she looked stunning. However, she avoided talking about Federico. Her life with him hadn’t been easy, but he would not have been able to create without her. As Kezich put it in his book, ‘Giulietta was Federico’s breath.’”

The exhibition of photographs in memory of Eva Zaoralová will be held throughout the entire festival on the first floor of the Hotel Thermal. 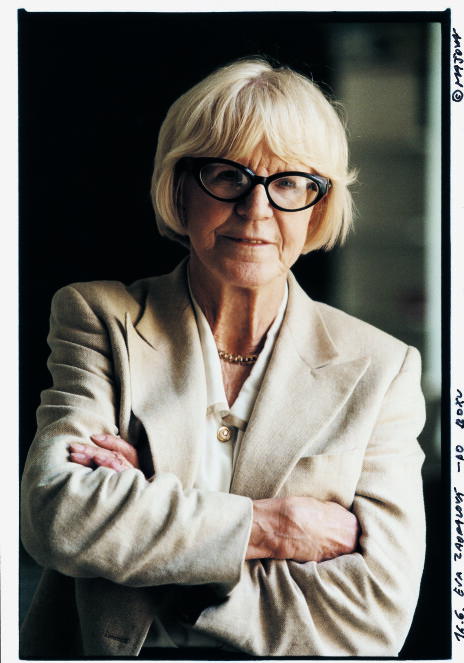