News The program of the 56th Karlovy Vary IFF is complete

The festival will screen the European premiere of the cinephile gem Lynch / Oz as well as three world premieres in the Imagina section.

Karlovy Vary Film Festival is a film celebration with unique character. While the film professionals focus mainly on the Official Selection (the brand new films in the competition sections and in the Special Screenings section, whose program was unveiled on May 31st), the selection of the best art films of the past year, which are screened in national or regional premieres, is also highly anticipated.

More then fifty titles screening in the Horizons section, selected by four programmers led by the artistic director Karel Och, are accompanied by, among others, the popular Out of the Past section. LYNCH / OZ, the new documentary essay (not just) for cinephiles by Alexandre O. Philippe, will be screened in the European premiere within the section. The film explores the influence of Wizard of Oz, the pivotal film of American cinematography, on the work of one of the most original filmmakers in the world – David Lynch. The cult films Wizard of Oz, Wild at Heart and Back to the Future, which constitute the axis of the Lynch / Oz research, will be screened as well – providing a sort of "bonus material" for the audience. The whole program will take place on Monday July 4th, with introductions by the director Alexandre O. Philippe himself.

The Imagina section traditionally serves as a haven for the more demanding and experimental part of the program. Twenty idiosyncratic films in the Imagina’s line-up are defined by their out-of-the-box narratives as well as resistance towards the prevailing trends in the world cinematography. This year, the section will host three world premieres: Tiger, Tiger, Cadence – A Tale of Paper and Cloth and Partial Visions of Hell (Part IV). 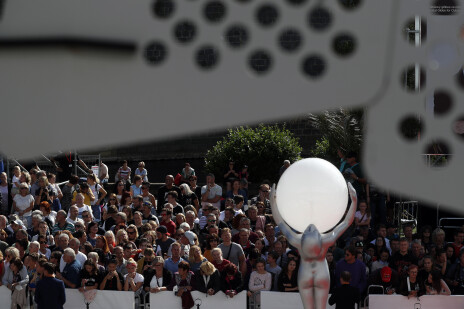