At the closing ceremony of the 56th Karlovy Vary International Film Festival, the KVIFF President’s Award will be presented to Oscar-winning actor and producer Benicio Del Toro. ​

Benicio Del Toro has been one of Hollywood’s most frequently cast actors since the 1990s. After studying under the leading acting coach Stella Adler, he got his first big break with a role in the television series Miami Vice, followed soon thereafter by Licence to Kill (1989), in which he was the youngest actor ever to play a James Bond villain.

An important film in his career was Bryan Singer’s The Usual Suspects (1995), for which he earned a Film Independent Spirit Award. The following year, he excelled in director Julian Schnabel’s Basquiat, which was also shown in Karlovy Vary and which brought him his second Film Independent Spirit Award. His next important opportunity was T erry Gilliam’s distinctive adaptation of Hunter S. Thompson’s Fear and Loathing in Las Vegas (1998).

Over the following years, he continued to work with progressive directors and won several acting awards. For instance, his portrayal of a corrupt cop in Steven Soderbergh’s Traffic (2000) earned him an Oscar for Best Supporting Actor, a Golden Globe, a BAFTA, a Silver Bear at the Berlinale, and numerous other awards. He shot the gangster comedy Snatch (2000) with Guy Ritchie, the mystery thriller The Pledge (2001) with Sean Penn, and 21 Grams (2003) with Alejandro González Iñárritu, earning his second Oscar nomination and an Audience Award at the Venice Film Festival.

He again worked with Steven Soderbergh by playing the title role in two films about the revolutionary Che Guevara, Che: Part One, Part Two (2008), for which he was named best actor at the 2008 festival in Cannes. He also contributed to these films as producer. He similarly both acted in and produced the horror drama The Wolfman (2010), which won an Oscar for Best Makeup. He later played a controversial real-life king of the underworld in Escobar – Paradise Lost (2014), followed by another film about the world of drug cartels, Dennis Villeneuve’s uncompromising thriller Sicario (2015). He then reprised the role of the mysterious Alejandro in director Stefano Sollima’s sequel Sicario: Day of the Soldado (2018).

Del Toro teamed up with Steven Soderbergh one more time for the retro crime story No Sudden Move (2021), and he worked with Wes Anderson on his critically acclaimed The French Dispatch (2021).

Although Benicio Del Toro is first and foremost an outstanding actor who brings his inimitable charisma to characters across multiple genres, his filmography also includes 7 Days in Havana (2012), for which he directed one episode.

Benicio will next be seen starring in the crime thriller Reptile, starring opposite Justin Timberlake, for Netflix.

As an homage to Benicio del Toro, the films Traffic and The Usual Suspects will be screened at the festival. ​ 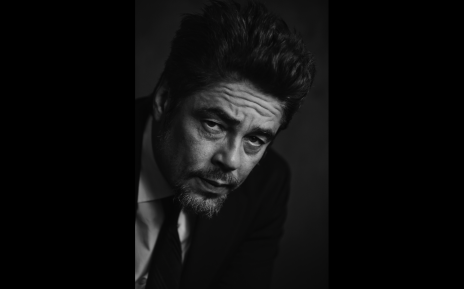