Argentinian film producer. He created Rei Pictures, a Latin American label that in the last decade has been a house for emerging and established talent working on films, TV series and interactive projects. Past credits include the features The Intruder (dir. Natália Meta, 2020, premiered at Berlin, main competition), The Accused (dir. Gonzalo Tobal, 2018, premiered at Venice, main competition), The Queen of Fear (dir. Valeria Bertuccelli, premiered at Sundance 2018 and screened at KVIFF that same year) and Zama (dir. Lucrecia Martel, premiered at Venice 2017 and screened at KVIFF the following year). He is a member of the Academy of Motion Picture Arts and Sciences, EAVE, IFP and the National Film Academy in Argentina.

German filmmaker. He studied directing at the German Film and Television Academy Berlin (DFFB). After its world premiere at KVIFF in 2012, his debut film Oh Boy screened at over 60 film festivals around the world, winning a series of awards. The film was a huge success with critics and audiences alike, attracting almost 500,000 viewers in Germany. Gerster’s second film Lara also launched its successful career in Karlovy Vary, this time in the main competition where, three years ago, it took home the Special Jury Prize, Best Actress, and the Ecumenical Jury Award. Upcoming projects include an adaptation of Christian Kracht’s bestselling novel Imperium.

Polish distributor and festival organiser. He studied management at the University of Warsaw's Faculty of Management, and film anthropology at the Institute of Art within the Polish Academy of Sciences. He established the Warsaw International Film Festival in 1985, and in 1994 he initiated Gutek Film, today the leading Polish film distribution company specialising in auteur cinema. He is the founder and former director of the New Horizons International Film Festival (launched in Wrocław in 2001) and the American Film Festival (held since 2010 in the same city). This June he co-founded the Post Pxrn Film Festival in Warsaw.

International sales agent and producer. Born in Lima, Peru, she now lives and works in Paris. She studied communications in Guadalajara, Mexico. As a production coordinator and distribution director for Mantarraya, one of the key Latin American independent production companies, she worked with directors such as Carlos Reygadas and Amat Escalante. In 2016 she teamed up with Hédi Zardi to launch Luxbox, an international sales and co-production company. She has represented the work of a series of world names, among them, Bruno Dumont, Béla Tarr, Claire Simon, Sharunas Bartas, Joaquim Lafosse and Jonas Carpignano.

Danish film editor and screenwriter. She studied at the National Film School of Denmark (1989-1993). The cult TV series The Kingdom (1994) launched her collaboration with Lars von Trier and, to date, she has edited eight of his films, beginning with The Idiots (1997), then Dancer in the Dark (2000), also Dogville (2003), Melancholia (2010), Nymphomaniac (2013) and The House That Jack Built (2018). From behind the editing table she has co- created not only feature films by other directors (Annette Olesen, Ole Bornedal or Martin Zandvliet), but also works by documentarists such as Jon Bang Carlsen and Simone Kern. From 2003 to 2014 she was a project and script development consultant for Binger Filmlab Holland.

Filipino producer. CEO of Epicmedia Productions, which produced such films as ​Clash (dir. Pepe Diokno, Lion of the Future at Venice), A Lullaby to the Sorrowful Mystery (dir. Lav Diaz, Silver Bear at the Berlinale, KVIFF 2016) and The Manila Lover (dir. Johanna Pyykkö, Critics’ Week at Cannes). She has coproduced films in Europe, Asia and Australia, she has mentored at Open Doors (Locarno), Talents Tokyo and Berlinale Talents, and she is the ambassador for European Audiovisual Entrepreneurs. She was honoured with the title Producer of the Year by the Asian Film Commissions Network and was hailed for her Outstanding Contribution to Cinema at the Asia Pacific Screen Awards.

Music journalist, filmmaker and writer. He has been involved in independent and experimental music for over thirty years, he writes on the subject, presents it on the radio and is a curator of live events. He selected music films for the Karlovy Vary IFF in the years 2003-2012. He graduated from FAMU (screenwriting) and he directed the documentary film Music by Zdeněk Liška. He is the music programmer for the Ji.hlava International Documentary Film Festival. His critical monograph Gott. A Czechoslovak Story won the 2021 Magnesia Litera award as Book of the Year.

Ukrainian film director. He studied direction at the Kiev State Institute of Theatre and Arts. His short films Diagnosis (2009) and Deafness (2010) competed at the Berlinale. His short Nuclear Waste (2012) took the Silver Leopard at Locarno and was nominated for an EFA award. His feature debut The Tribe (2014) was selected for Cannes’ Critics’ Week where, as the first film in the history of this section, it won three awards. The film went on to win another 43 awards, including the EFA’s European Discovery, and was sold to forty countries. Its creator is currently working on a film adaptation of John Vaillant’s book The Tiger, produced by Darren Aronofsky’s company Protozoa. 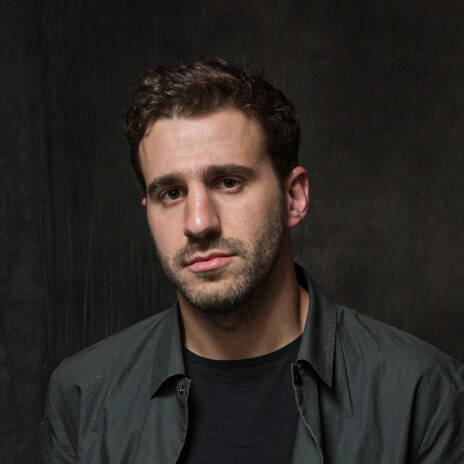