Over the course of several decades, David Bowie amassed some five million diverse pieces of audiovisual material relating to his artistic career. It took director Brett Morgen (The Kid Stays in the Picture, Kurt Cobain: Montage of Heck) two years to go through it all. He then spent another year coming up with the conception for his film, and five years creating the sound design for this highly unconventional look at the career of an original musician and fascinating prophet. This unique cinematic experience – one of the key events at the recent festival in Cannes – will ride through you like a wave. Brett Morgen’s testament to David Bowie is as elusive and captivating as the artist himself.

The jury at this year’s Cannes Film Festival decided to give the award for best debut film to the extraordinarily convincing look at the life of today’s members of the Oglala Lakota subtribe of the Sioux nation. The directorial duo masterfully guides the viewer through two interconnected storylines set in the inhospitable reality of the Pine Ridge Reservation. While the enterprising twentysomething Bill has no trouble stretching the law on his journey towards the “American dream,” preteen Matho is forced to grow up fast. An evocative film about the search for one’s place in a world in which the descendants of America’s first people still cannot shake the stigma of discrimination.

Thirteen-year-old Rémi and Léo are inseparable friends. They spend all their free time together, fight imaginary battles, try to outdo each other on their bikes in the fields, and sleep over at each other’s houses. Their intense friendship also involves an unusual physical closeness, which after the summer break becomes the target of sneering remarks from their adolescent classmates, the poisonous tone of which slowly begins to erode their friendship. This intimately tender and oppressively painful film about growing up is built around the immensely powerful debut performances by Eden Dambrine and Gustav De Waele. Lukas Dhont’s film was considered by many to be the emotional pinnacle of this year’s festival in Cannes, where it earned the Grand Prix (ex aequo). 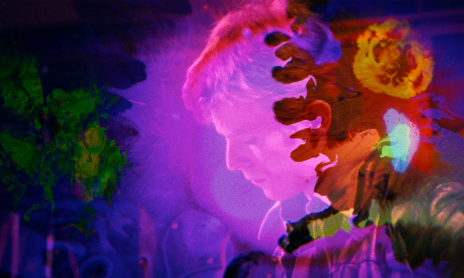