Sometimes the story that led to a film being made is as important as the film itself. The director of Level 34, sixteen-year-old Zach Breder from the U. S. state of Georgia, has managed to fulfil a life’s dream at a young age – to write and direct a movie. This in and of itself is an extraordinary feat. But when we add one inexorable fact of Zach’s life – the fact that he has a serious heart conditions that means he must make every day count – we understand why he refused to wait to realize his dream.

Zach was born with Hypoplastic Right Heart Syndrome, which means that he was born without a right ventricle, for which there is no cure. By age sixteen, he had undergone more than ten operations thanks to which he is still alive. The cardiologist who has been treating Zach and who knows all his dreams, including his dream of being a filmmaker, found a way for Zach to make his film a reality – thanks to the Make-a-Wish Foundation, which provided financial support for the film’s realization. When the Pinewood Film Group came on board as producer, nothing stood in the way of the film’s creation.

The film crew were students from a local film school, and post-production was done by the Czech Republic’s UPP company. In the beginning there was a dream; at the end is an international premiere at the Karlovy Vary International Film Festival. Level 34 is the adventure-filled tale of a young boy who gathers all his courage in order to prove that his uncle is not the crazy drunk everybody says he is.

The Karlovy Vary film festival is showing Level 34 as part of its People Next Door Section. Zach Breder is personally traveling to the festival with his mother in order to introduce the film in person. My Sister Liv režie: Alan Hicks, USA, 2022, 70 min., World Premiere

When eight-year-old Tess learned that her mother was pregnant, she was not excited at the prospect of a sibling. But when little Liv was born with the same fiery red hair as her older sister, an unbreakable bond was formed that, sadly, was torn apart too soon. Liv grew into a young woman full of energy and with incredible musical talent, but even as a child she suffered from anxiety and depression until she was driven to a radical solution. Tess was left with a void in her life that she decided to fill by working with teenagers who have the same difficulties as Liv did. Grammy Award-winning director Alan Hicks has shot a touching and important documentary about pain transformed into hope. 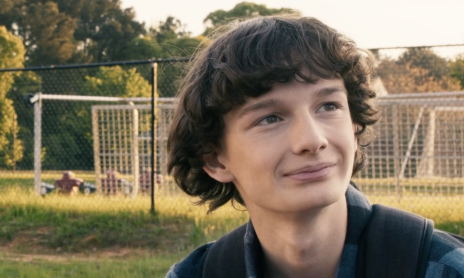