The competition for the Crystal Globe starts today with two European films. The first international premiere will be the bitter Polish comedy Fucking Bornholm, starting at 5:00 p.m. in the Grand Hall. Set on the picturesque Danish island of Bornholm, Anna Kazejak’s film explores the themes of upbringing, midlife crisis and partner disagreements. Renowned Polish actors Agnieszka Grochowska and Maciej Stuhr will play the roles of parents rescuing a holiday with their friends.

In addition to feature films, director and screenwriter Anna Kazejak also works on series. In Poland, for example, she collaborated on the local version of the series Therapy.

The world premiere of Vesper, a dystopian sci-fi from an unspecified future, will be presented in the Grand Hall at 8:00 p.m. A tenacious 13-year-old girl takes the viewer on a journey through a mythical world that the filmmakers have created out of the dense Lithuanian forests to a place where the powerful decide about the rest of the world.

Director Kristina Buožytė has already introduced herself to the KVIFF audience twice: in 2008 with her debut The Collector and four years later with Aurora. In addition to the filmmakers, the new film Vesper will be presented by the British actor Eddie Marsan, who played a projectionist in the title sequence of the 36th KVIFF. 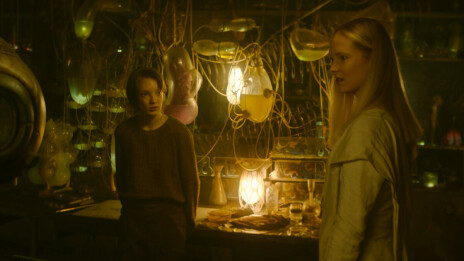