Host  Aleš Stuchlý described the film That Kind of Summer, presented at the 56th KVIFF by its director Denis Côté, as ‘a sex-positive and therapeutic film that will open new horizons.’ The Quebecois director had already visited the Vary festival with his film Ghost Town Anthology, and his new film was included in this year's Berlinale competition. It narrates a story of three women attending an experimental therapy.
‘It all started with a discussion among a group of friends about why sexuality as a topic has disappeared from Quebecois films in the last thirty years. Then I read a very interesting book about the historical meaning of the word nymphomania, where I found out that it is not a word, but basically a manifestation of misogyny. This inspired me to make a film that would convince the viewers that we are all beautiful and need not be told that we have a problem with sexuality,’ Côté explained the origins of this film.
While the theme of his film might seem explicit, Côté once again shows his empathy for marginalized characters and seeks normality without shocking. ‘I wanted no screaming, suicides, explicit scenes – that kind of films were made twenty years ago,’ noted the director, whom you can also meet after the Monday’s screening of That Kind of Summer at KVIFF. 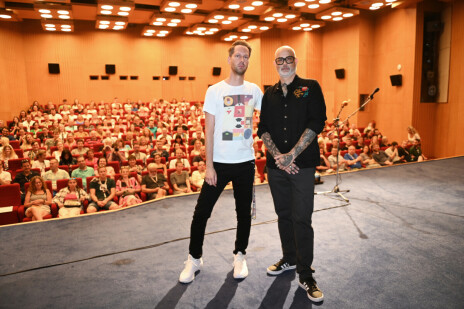