Jake Paltrow returns to Karlovy Vary fifteen years after presenting his comedy The Good Night in 2017. This year, he together with a large delegation presented a much darker film June Zero at the Grand Hall. The film looks at the events surrounding the conviction and execution of Adolf Eichmann in Israel in 1961, and follows several characters in different places who have to make a stand on this historical event.

‘We are thrilled to present this film. You are the very first audience who will watch it on such a big screen. This is a rare opportunity to meet, turn off mobile phones, tune in to the same wave and watch a movie,’ Paltrow concluded. After the screening, the challenging and layered film received a round of applause from the audience. 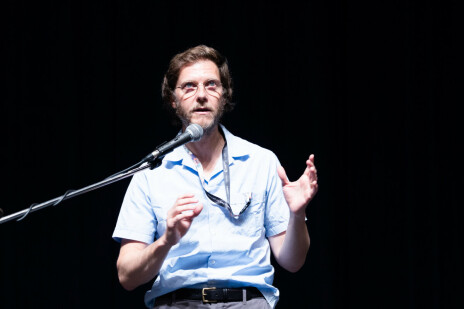