“Usually I would say, ‘Enjoy the film.' But this time I can’t,” director Matt Sarnecki told the Karlovy Vary Municipal Theatre. His documentary The Killing of a Journalist looks at the events that shook (not only) Slovakia from a perspective that is distant in both time and geography.

But this does not detract from the film’s urgency and timeliness, which was confirmed before the screening by the parents of Ján Kuciak and the mother of Martina Kušnírová. “I think the film is a faithful representation of exactly what happened and what is happening in our country,” Ján Kuciak Sr. told the audience. “That whenever we tolerate corruption or criminality, whether covert or overt, we open the door to events as extreme as the murder of our children.”

Investigative journalist Pavla Holcová and members of the crew headed by camerawoman Anna Smoroňová and co-producers Jitka Kotrlová and Zuzana Kučerová were among the large delegation attending the documentary’s European premiere. The courage of the journalists and the victims’ parents and the filmmakers’ efforts were rewarded with lengthy applause. 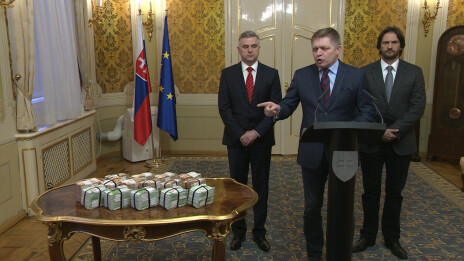