News Standing ovation for Pictures of the Old World

It was exactly fifty years ago that Slovak director Dušan Hanák made Pictures of the Old World, an exploration of the soul of those who live in the countryside, centred in large part on photographs by Martin Martinček. This cinematographic gem, which picked up awards at film festivals from Tokyo to Los Angeles after the overthrow of the communist regime, was given a standing ovation by the audience at the special screening in the Grand Hall.

“The film’s protagonists refused clung onto their admirable inner freedom even during the period of normalisation,” Dušan Hanák told the audience. He also gave an insight into the period in which capable individuals were prohibited from carrying out dignified work. “The political authorities of the time said that these people are ugly and that I was propagating an aesthetic of ugliness. I didn’t believe that,” the Slovak director recalled. The film was screened as part of the Out of the Past section of the KVIFF. 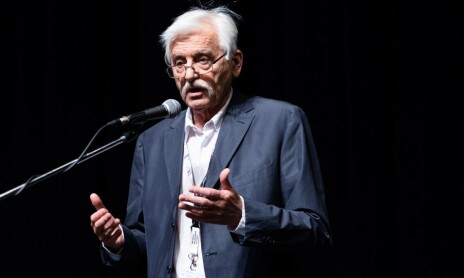