News Godland reveals the many faces of Scandinavia

“A Danish audience will perceive the film differently than an Icelandic audience or an international audience,” said Hlynur Pálmason at the opening of the talk about Godland, a hypnotic probe into the different natures of Scandinavian souls. Although people tend to see Denmark and Iceland as related countries, Pálmason presents them as polar opposites. “I’ve spent my whole life between these two countries. That is why I built the film around contrasts – linguistic, cultural and philosophical,” the director told the audience at the Čas Cinema.

The story of a young Danish priest’s missionary journey is dominated by Icelandic nature captured on a 35mm film. “The environment, which the priest knew nothing about and could not even imagine, gradually breaks his humanity. When the push comes to shove, we are not as strong as we think we are,” explained Pálmason.

The hit of this year’s Cannes Film Festival is not the only film Pálmason presented at KVIFF. He worked with producer Katrin Pors on Godland and the short film Nest. “We will co-operate in the future, too. It’s hard work, but also a lot of fun,” Katrin Pors told the audience at the end of the talk. 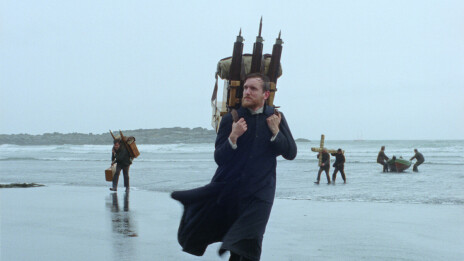